Huckabee: I Wish Chick-fil-A Would Sue the City of San Antonio 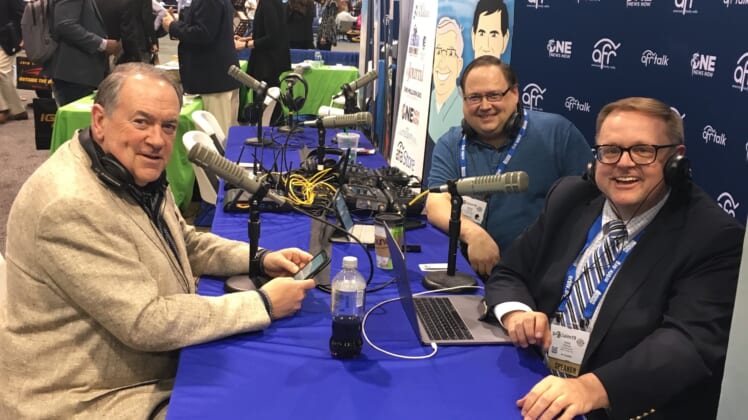 Governor Mike Huckabee lashed out at the anti-Christian bigots on the San Antonio City Council after they voted to ban Chick-fil-A from opening a franchise at the international airport.

“I wish that Chick-fil-A would sue the city of San Antonio,” Huckabee said on the Todd Starnes Radio Show. “It’s a restraint of trade. It’s really denying them the ability to do business.”

In 2012 Huckabee was at the forefront of a national movement to defend Chick-fil-A against false allegations that the restaurant chain was anti-gay.

“It’s frightening to me as an American,” he said, referring to the city’s decision.

According to Think Progress, radical leftists on the city council were offended that Chick-fil-A donated to Christian organizations like the Salvation Army, the Fellowship of Christian Athletes and the Paul Anderson Youth Home:

Think Progress basically has a problem with Christian organizations requiring members and employees to follow Christian teachings on sexuality. It seems to believe any Christian who supports traditional marriage is a homophobic bigot.

City Councilman Roberto C. Treviño led the charge to block Chick-fil-A from opening a franchise in the airport. He accused the company of having a legacy of anti-LGBTQ behavior.

“With this decision, the City Council reaffirmed the work our city has done to become a champion of equality and inclusion,” Treviño said in a statement. “San Antonio is a city full of compassion, and we don’t have room in our public facilities for a business with a legacy of anti-LGBTQ behavior.”

Huckabee said it should terrify Americans that a city government wants to ban businesses based on religious beliefs.

In other words, the San Antonio City Council says it doesn’t matter that Chick-fil-A makes a delicious sandwich. They say the most important thing about a company is that it conforms to the city’s core values.

“And if that becomes the new criteria for being able to be accepted in a community then this country has forever been lost,” Huckabee told me.