Huckabee on Hamas: “No Other Civilized People Put Their Babies in Front of Their Soldiers” 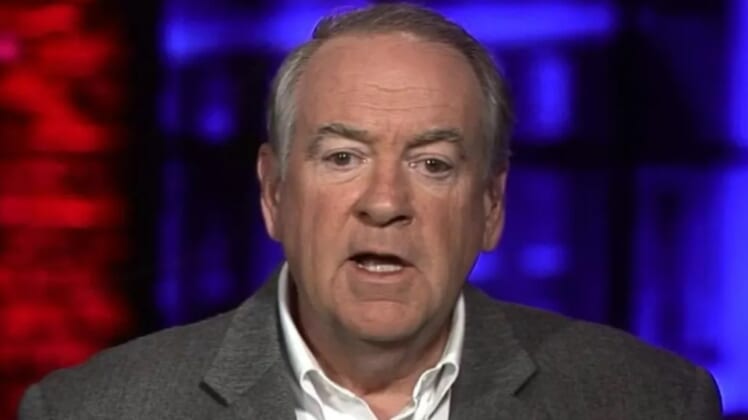 Hamas has fired over 1,500 rockets into Israel after days of escalating violence, killing innocent civilians in the process.

“What most people need to understand is that Hamas runs the Palestinian government in Gaza, and it’s Hamas, which even our State Department, I don’t care which president — Obama, Biden, Trump, Bush — they all have declared Hamas is a terrorist organization,” Huckabee said on the “Todd Starnes Radio Show” Thursday.

“But Hamas is the elected government of Gaza,” he added. “And Hamas, this terrorist organization is firing missiles and rockets into civilian territory in Israel, intentionally trying to kill women, children, and non-combatants.”

When Israel defends itself, Huckabee said Hamas puts children in front of the terror targets.

“They deliberately try to get innocent people, so then they can say, ‘Oh, look the Israelis kill people.’ But it was Hamas who pushed those kids in front of the bombs and the bullets, which is just disgusting,” he said. “No other civilized people put their babies in front of their soldiers, but Hamas does.”

Earlier in the show, Sen. Ted Cruz (R-TX) pointed out Rep. Ilhan Omar (D-MN) appears to be serving as the press secretary for Hamas.

“That’s a good description of Ilhan Omar and Rashida Tlaib, and other members of the Squad and other crazy members of the Democratic Party who can’t understand that what Donald Trump was able to get done with the Abraham Accords was beyond historic,” Huckabee said. “It was incredibly significant. He tried to get the Palestinians to come to the table and they refused. The truth is they don’t want peace with Israel…They don’t want the Israelis to have a country. If people don’t understand that, they’ll never figure out the Middle East.”

“There’s been no uprising with Israel and its borders all the time that President Trump was in office cause I’ll tell you why. They were afraid of him and for good cause,” he said. “Biden comes in. He is so soft toward Iran. Where do you think that the money comes from that Hamas has to fire over 1,500 rockets? I’ll tell you where. From Iran. And we just gave the Palestinians over $200-plus million. They’re not going to use it for schools and streets and food. They’re going to use it to try to destroy Israel.”