Huckabee Wonders if Michelle Obama Could Be 2020 Wild Card Candidate 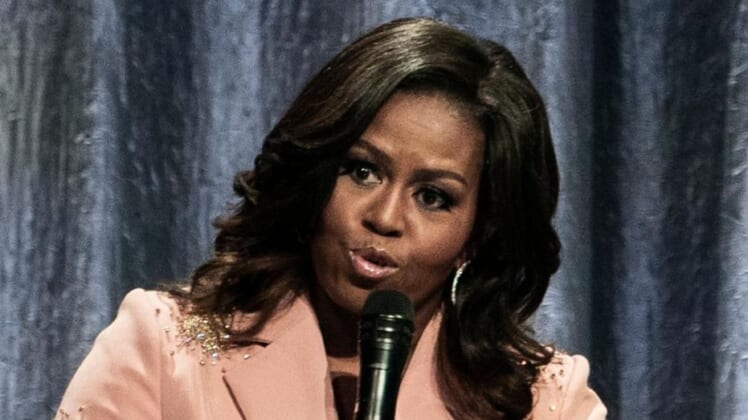 After two debates it’s pretty clear to just about everyone that the current field of Democrats do not have a chance of beating President Trump.

So if not the 27 Democrats already in the race, who then?

How about Hillary Clinton?

I’ve been speculating for a few weeks on the radio program that Michelle Obama could be the one candidate that would unite the Democrat Party.

“I’ve said for a long time and I’ve got friends who say the same thing – that the ultimate candidate that would really change things would be Michelle Obama,” Huckabee told me. “I don’t think she wants to run. I don’t think she will.”

But there’s always a possibility.

“It’s possible that enough people could get to her and say, ‘You know, take one for the team,'” Huckabee said. “It’s not that she’s got great policy positions or that she’s prepared to do this in any way. But as far as within the Democratic Party, she would suddenly I think just end 27 campaigns and she would be basically out there by herself.”

And the Democrats are desperate for someone who can restore the Obama legacy that has been gutted by the Trump administration.

“Deep down they know it’s not Joe Biden,” Huckabee said. “I don’t think any of them actually believe Joe will make it to the finish line – much less limp his way to the front of the finish line.”