Lara Trump Has Message For Waitress Who Spit On Her Husband 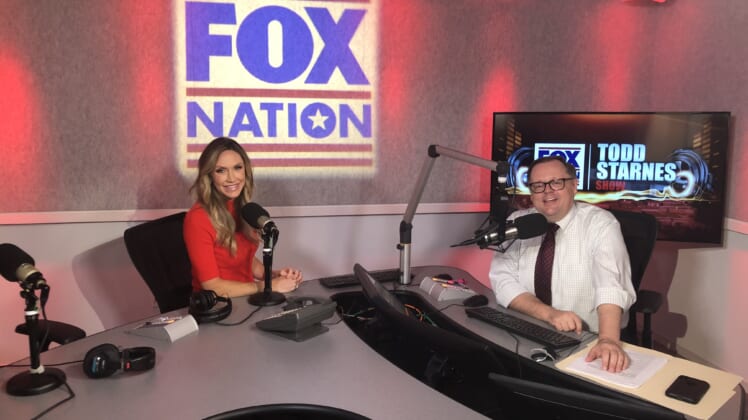 Earlier this week we told you that Eric Trump was accosted by a waitress at Aviary, a high-end Chicago bar. The waitress spewed all sorts of hateful rhetoric about the president and then spit in Trump’s face.

“It’s so shocking and it’s so vile and grotesque that anyone could think that this was acceptable,” Lara Trump said during an interview on The Todd Starnes Radio Show. “You haven’t heard one single person on the Democrat side come out and say, ‘You know what guys – this is disgusting.'”

CLICK HERE TO PRE-ORDER A COPY OF TODD’S UPCOMING BOOK, “CULTURE JIHAD: HOW TO STOP THE LEFT FROM KILLING A NATION!”

Mrs. Trump said her husband decided not to press charges against the woman. She called him a “good natured and forgiving” person. But she said she might not have been so forgiving.

“Thank God I wasn’t there, Todd,” she said. “As a seven-plus months pregnant woman, if you spit in my husband’s face, I might have had a different reaction. But kudos to him for keeping his cool.”

“If you see anybody from that Cabinet in a restaurant, in a department store, at a gasoline station, you get out and you create a crowd and you push back on them, and you tell them they’re not welcome anymore, anywhere,” Rep. Maxine Waters said. “If you think we are rallying now you ain’t seen nothing yet,” she said.

Mrs. Trump said she suspects that Trump Derangement Syndrome is getting worse because the left knows what’s going to happen in 2020.

“They know deep down Donald Trump is in for four more years,” she said.

She encouraged the president’s supporters to stay diligent and to keep their cool when they come under attack.

“I know it can be tough. I know they try and provoke all of us, but you’ve got to take the high ground,” she said.