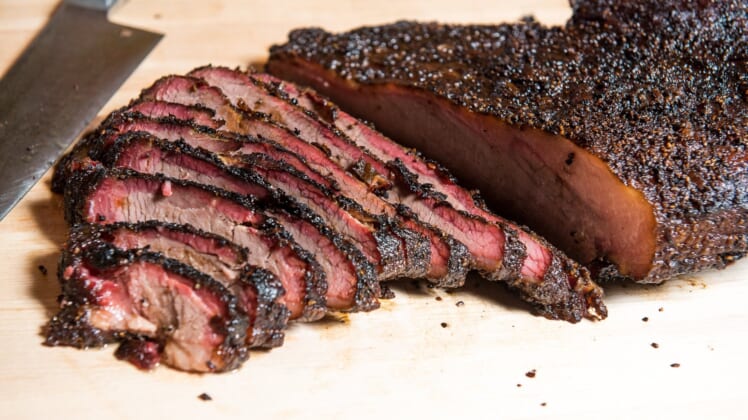 A leftist snowflake walked into the Hill Country Barbecue outpost in Washington, D.C. and was suddenly triggered by a diner wearing a “Make America Great Again” ballcap.

“Just got thrown out of Hill Country DC for standing up to a Nazi,” a man identified as TJ Helmstetter wrote in a flurry of dispatches on Twitter. “Don’t ever go there again. They support Trump and Nazis.”

If I’m reading his tweets correctly, this aggrieved snowflake pitched a hissy fit and accosted some poor soul who was just trying to enjoy some delicious brisket on the Fourth of July.

“Guy wears MAGA hat at my favorite restaurant. I say ‘hey are you from dc?’ He says ‘no.’ I say ‘we don’t tolerate racism in this city,'” TJ Helmstetter wrote on Twitter. ” His girlfriend then physically jabs fingers into my chest and starts threatening me. Management tells me to leave, not woman who assaulted me.”

It sounds like this intolerant jerk tried to pull a “Maxine Waters” and was shown the front door. Dude picked the wrong barbecue joint.