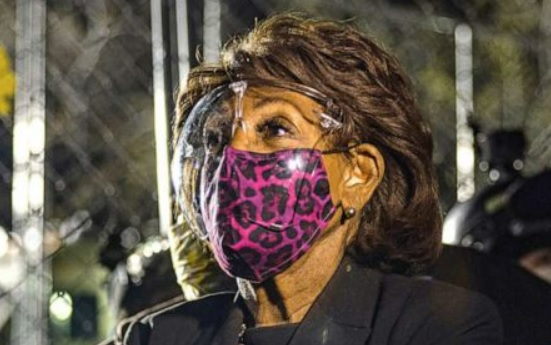 Helfenbein, along with Scott Lamb at Liberty University, told the Todd Starnes Radio Show Wednesday Waters may have affected the jury’s decision.

“The words that literally came out of Maxine Waters’s mouth was an incitement towards violence,” said Helfenbein. “If you’re a juror on this trial you’re going to get word of this, obviously. They were not sequestered as they should have been.”

Helfenbein explained Water’s words were intimidation tactics and were threatening to the jury.

“When you think about the words she said- that “we’re going to burn down your buildings and burn down your businesses- we will attack you,” continued Helfenbein. “Who’s the you on the other end? the jurors didn’t sign up for that.”

Members of the GOP did attempt to censure Waters for her comments but were unsuccessful due to the Democrats blocking it.

“When you look at these narratives and what they’re trying to do- for me it always comes back to one thing,” said Starnes. “It is absolute truth. And we live in a society that doesn’t believe in that anymore.”

“The question is where does it end?” said Lamb. “Why was Los Angeles on lockdown yesterday while a jury in Minneapolis was deliberating?”

“We got a breakdown of separation of powers,” Lamb continued. “You got the legislature out there inciting mob rule. Which activates the executive branch to bring out the police force and the mobs come out. Something else will happen. If the trial had gone a different way perhaps the cities would have been burning last night.”

To read more about the Standing for Freedom Center visit https://www.standingforfreedom.com.

LISTEN TO THE FULL INTERVIEW BEGINNING AT 1:33:38 ON THE TODDCAST PODCAST: