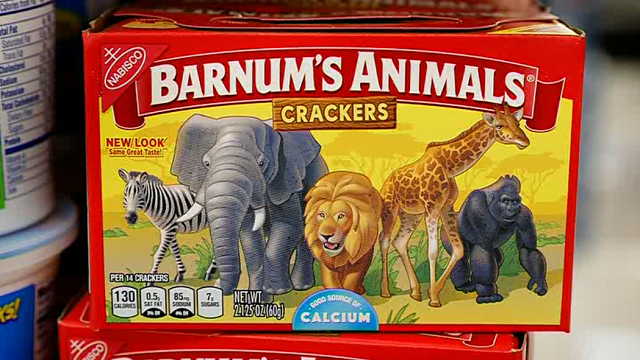 The folks in charge of Nabisco have decided to set free the lion, gorilla, giraffe and zebra – announcing they will no longer sell their beloved animal crackers in boxes that look like cages.

The cookie company’s decision brings an end to a packaging design that dates back 116 years.

Instead, the exotic creatures inside boxes of Barnum’s Animal Crackers will roam free among the grass and the trees.

You can blame the politically correct makeover on People for the Ethical Treatment of Animals. They’ve been badgering Nabisco for more than two years about the packaging.

“Given the egregious cruelty inherent in circuses that use animals and the public’s swelling opposition to the exploitation of animals used for entertainment, we urge Nabisco to update its packaging in order to show animals who are free to roam in their natural habitats,” PETA wrote in a 2016 letter published by CBS News.

Apparently the anti-meat-eating crowd is unaware that the animals featured on the packaging are not real — they’re cookies. Nevertheless, they were thrilled with the news.

“The new box for Barnum’s Animal Crackers perfectly reflects that our society no longer tolerates the caging and chaining of wild animals for circus shows,” PETA executive vice president Tracy Reiman told USA Today. “PETA is celebrating this redesign, just as we’ve celebrated the end of Ringling Bros. circus and the introduction of animal-circus bans across the U.S.”

I just feel bad for the unfortunate two-year-old who bites the head off a giraffe. Don’t be surprised if PETA files animal cruelty charges.