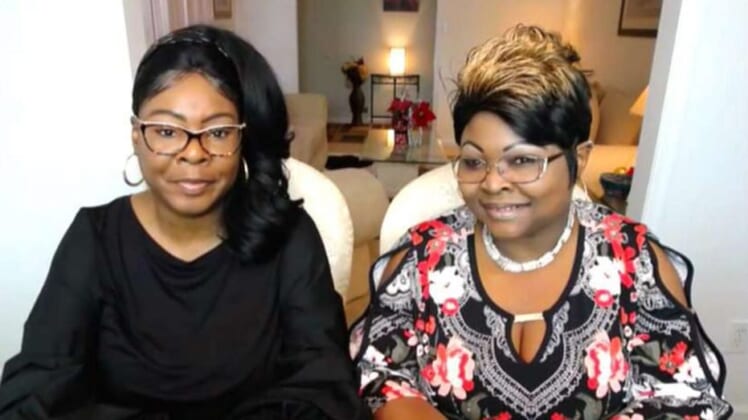 Big Tech is trying to take down influential conservatives like Diamond and Silk.

Rep. Louie Gohmert (R-Texas) says the kind of power Google and social media has to control what people are seeing and hearing is scary.

“We’ve seen it especially with the Project Veritas video that was quite revealing about Google’s efforts,” Gohmert said on The Todd Starnes Radio Show.

“They don’t want the government to split them up, as one of their executives said ‘If that happens, we would not be able to prevent Trump from winning in 2020 or anybody like Trump,’ so that’s their goal.”

Click here to sign up for Todd’s free newsletter. It’s the only way to fight back against Big Tech’s censorship of conservatives!

Gohmert later revealed to Starnes that Diamond and Silk paid to have their names come up more in web searches, only to learn things went the other way. He said they are walking examples of Facebook’s censorship.

“If you’re not immune from liability that would be called fraud,” Gohmert said. “I would like to see these Internet companies be subject to class action lawsuits for fraud or for other wrong doing.”

Speaking specifically about Apple’s actions against Parler, Gohmert said that he’s bought too many Mac computers and Apple iPhones to have them out there purposely trying to prevent people that love the Constitution from being elected.

“I guess so that they can become their own oligarchy of some kind,” he continued. “That’s just outrageous.”

“Thank goodness for the guys at Project Veritas,” cheered Starnes. “(Google) has been caught red-handed suggesting that they may try to influence, they may try to meddle in the 2020 election. That is outrageous!”

“They make pretty clear that that is their intention, even though once they were caught on video they’ve tried to walk it back some, but you know it does make it very clear to me that when you’re big enough to censor people’s free speech then you probably are a monopoly that needs to be broken up,” the congressman said.

Gohmert said there is a significant problem  if Apple is big enough and strong enough to disrupt free speech and free debate.

“It seems to me they now see themselves as a monopoly that can take down free speech, which to me says we need to get the Justice Department after Apple and break them up,” he said.

Gohmert said anyone with immunity that has acted in this manner needs to have that immunity wiped away and properly pursued by class-action lawsuits by those they have knowingly harmed.

“As we’ve seen through that Project Veritas video, they have ways of just preventing you from even coming up when somebody does a search,” Gohmert told Starnes. “When you’re big and strong enough to do that, it really is fraudulent, you need to be liable, and you need to be broken up.”

The Project Veritas video on Google is available on Congressman Gohmert’s website.