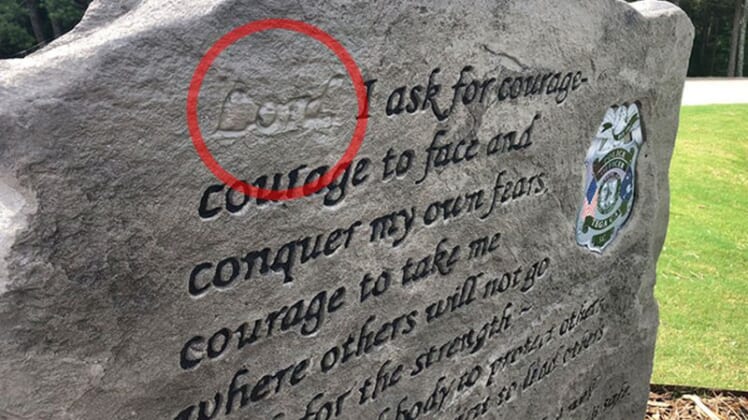 The Tega Cay City Council had originally removed a Bible verse from the memorial and scratched out references to the name of the Lord. They eventually removed the entire memorial after a single citizen complained.

“After careful consideration and much conversation with people on both sides of the discussion, City Council has made the decision that the Police Officer’s Prayer will be restored to its original condition and returned to the Fallen Officers’ Memorial located at the new police station,” the city said in a statement posted on its Facebook page. “We want to thank everyone for voicing your opinion, as it’s not always easy to do so on such a sensitive subject.”

The city went on to affirm its support of the police department as well as to people of faith.

“This was a tough week in Tega Cay. It is our hope that we can now move forward together and continue to be the strong, welcoming community that we have always been known for. Regardless of our different viewpoints, our people are what truly makes this City such a wonderful place,” the release stated.

I stand by what I said on my radio show today – every city leader who voted to remove the memorial should be removed from office. Recall petitions should be immediately launched.

The city workers who damaged the memorial and the city leaders who gave the orders should be charged with vandalism. Click here to pre-order a copy of my forthcoming book, “Culture Jihad: How to Stop the Left From Killing a Nation.”