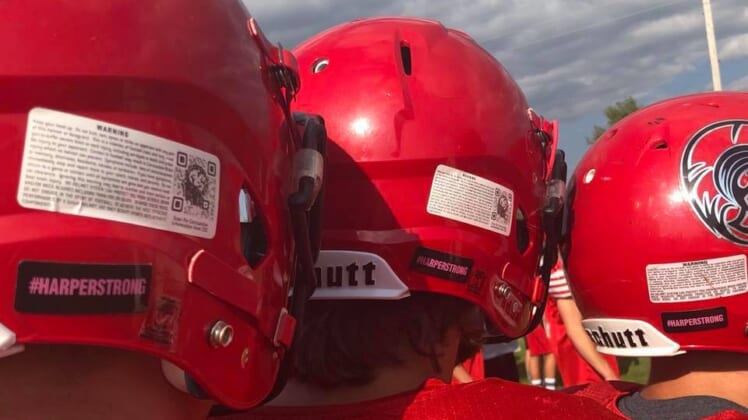 Football fans, coaches and players in Lake City, Michigan, formed what they called a “family circle” on the field August 30 to pray for the young daughter of one of the coaches. The little girl is hospitalized fighting a serious illness.

The school district has been holding “family circles” for more than a decade. It’s an opportunity for coaches to recognize players after a game. Typically, prayer is not a part of the post-game gathering.

But on August 30 at the start of the football season – the players and others gathered on the field at midnight to pray for the coach’s child.

“We pray for the young girl. We hope that she gets better soon because for anybody to be ill like that is one thing – but for a little child it goes a lot deeper,” local businessman Bruce DeBoer told television station WPBN.

A video of the poignant moment was shared on a school Facebook page and soon after it triggered a severe microaggression among a gang of atheists, agnostics and freethinkers based in Wisconsin.

The FFRF was especially disturbed to learn that coaches had bowed their heads to pray for the sick little girl.

“Public school coaches must refrain not only from leading prayers themselves, but also from participating in students’ prayers,” McNamara wrote.

He said coaches and public school employees are forbidden by federal law from “even minimal involvement in the prayer.”

The Third Circuit Court of Appeals ruled in 2008 that coaches cannot take a knee or bow their heads during prayers because it “would lead to a reasonable observer to conclude he was endorsing religion” even when the prayer was student led.

So the school district begrudgingly removed the video on the advice of their legal counsel.

Blaszak said she “very keenly” understood the disappointment and frustration among community members, but she did not want to subject the small school district to “significant financial penalties.”

The school district is not the bad guy here, folks. They must follow the advice of their legal counsel. The bad guys are the folks who run the Freedom From Religion Foundation.

They single out small towns and communities knowing the locals don’t have the financial resources to fight back.

I can’t even begin to imagine the kind of unspeakable evil and hate that would justify bullying townsfolk as they prayed for an ailing little girl.