‘This Is Schumer’s March to the Extinction of the Republic’: Tony Perkins 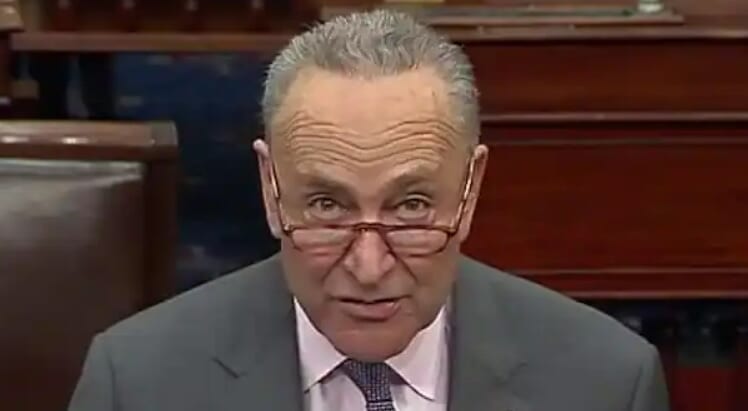 Starnes warned Americans about the dangers of a Democrat majority in his latest book, “Culture Jihad: How to Stop the Left From Killing a Nation.” Click here to read.

“Here’s what’s going to happen if this takes place,” Perkins said. “You’re going to see them pack the court to dilute the influence of constitutionalists that were appointed by the court legitimately during the Trump administration. And they have to eliminate the filibuster to get to this.”

Perkins described the packing of the Supreme Court as the “undoing of the republic” and that the seeds have been sown for that to occur through the Biden administration.

“My grave concern is that we have undermined the great foundation of our republic,” said Perkins.

“This could very well be the kill shot for the republic,” agreed host Todd Starnes.

Starnes and Perkins went on to discuss the Democrat’s hypocrisy when it comes to the Chinese Communist Party.

“China is trying to salvage their reputation in the international community,” Perkins explained.

The Trump administration put a big highlight on religious liberty and brought attention to the fact that religious minorities and Christians are being persecuted and the Biden administration hasn’t addressed it as of now.

“Unfortunately we don’t see the Biden administration taking full advantage of this position of strength and leverage that we have with religious freedom and human rights,” said Perkins.

Perkins suggested the U.S. should pull out of the 2022 Olympic Games in Beijing and prove a point and not stand for the persecution going on in China. He then called out the hypocrisy about Biden supporting the MLB pulling out of Georgia due to a voting law but hasn’t said anything about China.

LISTEN TO THE FULL INTERVIEW BEGINNING AT 76:00 ON THE PODCAST: