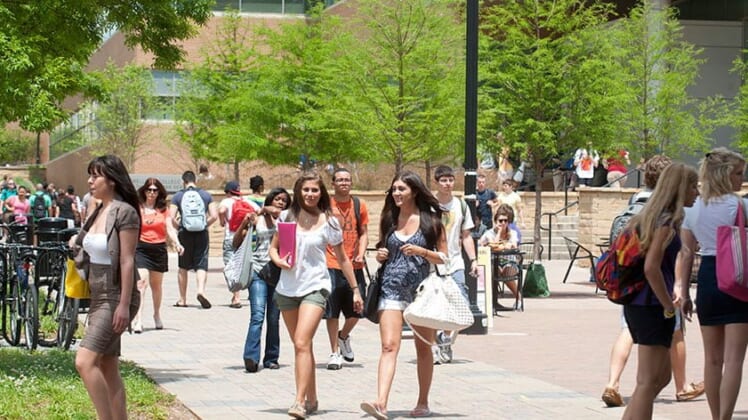 Georgia lawmakers are investigating what they call systematic bias against conservative and Christian students at Kennesaw State University.

“They are threatened. They are retaliated against all because of their viewpoint,” State. Rep. Earl Ehrhart said Wednesday on the Todd Starnes Radio Show.

He went on to say that some students were forced “as a condition of their grades to confess their white privilege in a video.”

The Marietta Daily Journal reports that College Republicans were unable to bring a GOP gubernatorial candidate to campus because the university charged outrageous security fees. They also force students to get approval from four different departments.

Another student alleged that she was kicked out of class after the professor disagreed with her conservative viewpoint.

“Many of my professors make it a regular habit to push their own political agendas in the classroom, and I fear that if I express my own opinion in opposition, I will receive a poor grade in the class,” Victoria Thompson said. “In one of my classes, my professor regularly talks about how stupid Republicans are. He makes fun of us on a regular basis.”

The LGBT and social justice warriors are at the top of the food chain and Christians and conservatives are at the bottom, Ehrhart said.

During Wednesday’s radio show a caller from Kennesaw shared her daughter’s experience at the university.

“Kay from Kennesaw” said her daughter was required to attend a one-man play that included Trump-bashing, profane tirades against Republicans and explicit sex talk.

“She called me in tears,” the caller said. “These teenagers are already subjected to so much.”

Ehrhart said he plans on holding more hearings later in the summer.