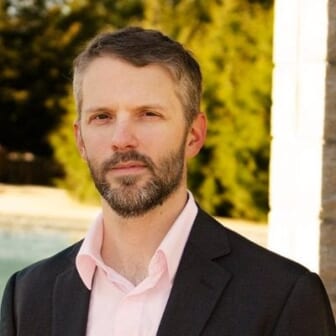 Establishment Republicans may be trying to buy a congressional seat in a hotly contested race in North Carolina’s third district.

Dr. Greg Murphy is running in the Republican primary against Dr. Joan Perry in Tuesday’s race. While both candidates are medical doctors, but Women For Trump warns that Dr. Perry is bad medicine.

“Women for Trump has endorsed Greg Murphy, and we’re doing everything we can to help him win,” Amy Kremer said on The Told Starnes Show. “The establishment is trying to buy a congressional seat here, and they have poured in over $1 million to elect this woman who I’m sure is a nice lady, but at the end of the day, it comes down to who is going to support the president’s America First agenda.”

Kremer said that, in 2012, Perry supported a Democrat in North Carolina running for Congress, citing his Christian faith and Sunday school attendance.

“2012 was when the Democrats took God out of their platform at their convention in Charlotte that summer,” she continued. “She says he was at the time pro-life and conservative and so forth, but the lines were drawn,” replied Kremer. “You were either Republican or Democrat. It didn’t go back and forth, because Obama and his admin were trying to take over our healthcare system and they were using money, public dollars, to pay for abortion.”

Kremer said she has friends that are Democrats,

“But that doesn’t mean I’d vote for them,” she added. “After she made it to the runoff, Perry said she didn’t support the president’s emergency declaration on the border wall, and that was a no-go for us.”

Don’t Vote For Someone Based on Body Parts

Kremer said she wants more women in Congress, but it has to be the right woman.

“And it’s an insult to myself and to women all across the country to assume we’re going to support somebody just because they have the same body parts,” she stressed. “What is happening now is the establishment has come in here and is trying to buy the seat and get another Never Trumper in there.”

“We have a lot of listeners in the Morehead City, North Carolina area, and people there are very supportive of this president,” said Starnes. “It’s clear to me that Murphy is a rock solid, Ronald Reagan Republican.”