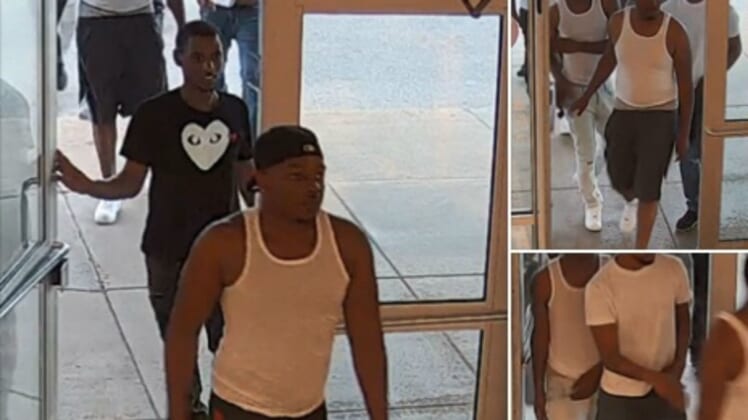 A gang of thugs stormed a North Face outlet in Pleasant Prairie, Wisconsin — stealing $30,000 worth of merchandise. The criminals were captured on surveillance video as they plundered the store.

The crew fled the store after about 20 or 30 seconds, after grabbing “as much merchandise as they could carry before running to the cars and leaving the property,” Sgt. Aaron Schaffer told Kenosha News.

The group appeared to be a “flash mob,” Schaffer added.

That was no flash mob. That was a robbery.

“They were gone from the store within 30 seconds.”

A 10-person flash mob made off with up to $30,000 worth of merchandise from a North Face store in Wisconsin this week. https://t.co/GgDBeMShPp pic.twitter.com/p4rmYMCUW4

10-person flash mob makes off with $30,000 worth of merchandise from a North Face store in Wisconsin