Why President Trump Is Winning in Middle America 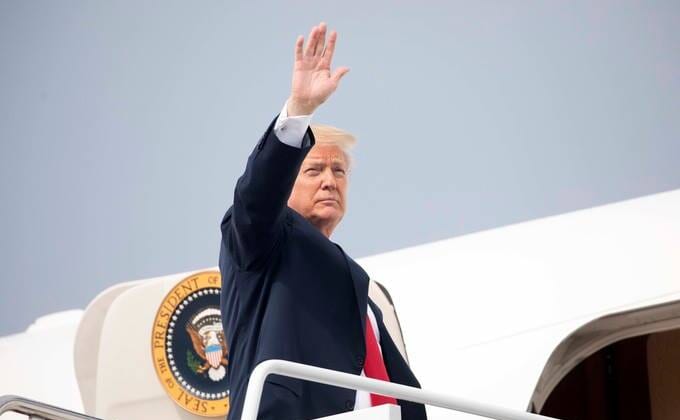 Jeff Stein, the news and program director at News/Talk 1540 KXEL, spoke on the Todd Starnes Radio Show about why President Donald Trump is resonating with people in the American heartland.

“They are talking about the fact that the president is doing what he said he would do, and they like that,” Stein said. “That is new for a politician.”

“One of the things I find…is that the folks who do a lot of analysis on the coast cannot understand why this president was ever popular or how he could still be popular,” Stein said.

However, Stein declared that in Iowa, people are liking what they see in the president.

“They like somebody taking charge,” Stein said. “They may not like everything he’s doing, but they like the style, and it is a sharp contrast (to other presidents).”

Stein acknowledged there are rumors of Trump’s decline, but he said they are greatly overstated. Starnes agreed with the assessment.

“It’s almost as if they talk one way inside the beltway, and then there’s another way the rest of us talk,” Starnes said. “Most Americans are pretty plain-spoken people, and that’s who I think Donald Trump is.”

Stein emphasized the fact that Iowans generally discuss everyday matters, such as the end of the school year, the recent heat wave or the fact that they have more spending money after the tax reforms.

“They’re talking about the things that made this country great,” Stein said.

In response to a retired English teacher recently grading and returning a letter she had received from Trump, Stein said the Iowan people would “never think of doing something like that”.

“If you as the teacher have no better manners than to act that way, then (Trump) was wasting his time writing you to begin with,” Stein said. “I taught journalism at the college level for 25 years. I have a red pen at the ready, but I would never think of doing something like that.”

Stein concluded by discussing the mainstream media’s one-sided reporting of Trump’s presidency. He said that CNN’s coverage of Trump’s Nashville speech was nothing more than a commentary.

“(The media) doesn’t like things being done differently, because they’ve gotten fat and happy living off of how things have been done all this time,” Stein said. “And so, they don’t like a president that goes around them and communicates directly to the American people.”