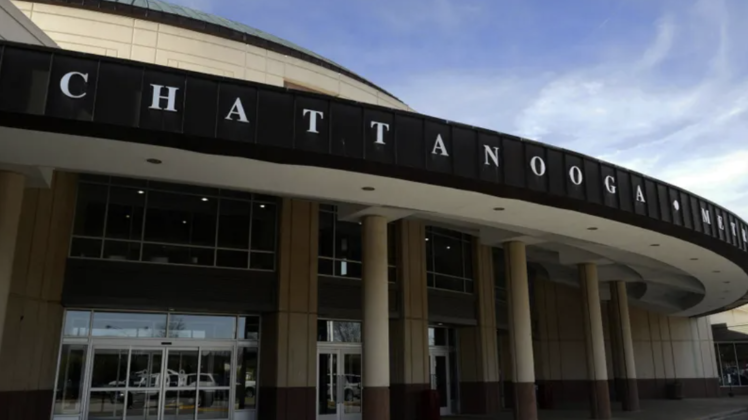 The following is a rush transcript of Todd’s interview with Sen. Bill Hagerty (R-TN). Listen to the podcast interview below.

TODD: [01:20:33] Senator, I got to tell you, hats off to you, sir. You have been delivering on every single one of your campaign promises to voters, and that says a lot about your character and your leadership. And I just want to say thank you as a fellow Tennessean.

HAGERTY: [01:20:48] Well, thanks, Todd. I tell you, I have been amazed at the challenges that we’re facing right now as a nation. So many of them coming from the Biden administration, which is creating, you know, so many, so many challenges for us, not only here in America, but around the globe. And you know, what we’re talking about with respect to the failure at the border is precipitating something that I predicted for months would happen, and that is that we’re going to have a resettling of migrants in all of our communities. Making every town a border town in America that’s going to burden our schools is going to, you know, overwhelm our hospitals. It’s going to put a lot more pressure on law enforcement agencies. And as I talked to sheriffs across Tennessee, as I talked to law enforcement officers across Tennessee, they’re seeing an increase in some terrible crime. We’ve got, you know, a massive increase in drug overdoses, deaths from fentanyl. You’ve got an increase in, you know, the terrible things that go on with human trafficking that’s happening in our state. And most recently, as you mentioned, this is happening in Chattanooga in a manner that has been uncovered and captured. And we’re still digging in more.

TODD: [01:21:54] I’m I’m surprised to hear that Governor Bill Lee was not notified. No one apparently was — that these these illegals were being flown into the state. Is this an anomaly or are you hearing of other instances of this happening?

HAGERTY: [01:22:11] Senator Blackburn and I’ve been pressing very hard because we have had several of our colleagues come and ask us about this. I think Tennessee is the first to uncover it. But I’ll share with you if I can, Todd. This is a text that I got from a friend of mine in East Tennessee. Here’s what he I’m just going to read it to you from my phone, if I can, because he’s flying back. He said he and his wife were on a flight from Dallas to Chattanooga last Tuesday. Flight landed in Chattanooga around 11:15 a.m.. And at the Dallas Fort Worth airport, he says, I spoke with an adult male that was escorting eight to 10 unaccompanied minor males that were on the flight. He told me he was taking them to a shelter in Chattanooga. My friends text is coming on commercial flights to you mentioned tied to the four flights that had been filmed coming into a private air terminal. But they’re putting them on commercial flights, are putting him on on private air flights. I don’t know how is that transporting them, but they are moving these migrants that have entered our nation illegally around the country and they are giving zero transparency and to their their plans. What’s happening and as I mentioned before, local communities need to know what’s coming their way. Again, it’s going to, you know, overwhelm the schools, the hospitals, the law enforcement agencies. This is something that’s going to continue until we fix that problem at the border.

TODD: 01:23:29] So, Senator, I mean, you know, you this is this is your first term in office and you’ve already made a name for yourself. You are taking action here. And what do you what are you doing to to address this? And what are you hearing from the administration, if anything?

HAGERTY: [01:23:48] Well, I’ll take you back a couple of weeks to let you know what I’ve been doing to address it. I took the first official flight from the United States Senate, the first official trip outside of the country from the U.S. Senate since the pandemic hit. And I took it to Guatemala and to Mexico. I met with the president of Guatemala. I met with with the foreign minister there. I met with a number of a number of leaders in the private sector, in the communities there. This is a huge problem for them to. What they are seeing on their side is nuclear families being destroyed, you know, breadwinners leaving local communities or losing critical people in the community. The other problem they’ve got is they don’t know who’s entering their country because this this is creating a path that’s even more so the concern for Mexico. The Mexican foreign minister told me, he said, I’ve got a huge national security problem on my own to I was complaining about my concerns and the fact that I want that border situation to stop now. But he said we’ve got our own problems and you all are causing it. I’ve got, you know, people coming from Russia, from China, from Yemen, you know, moving through. And the Mexican authorities don’t know who’s coming to their country either. So it’s it’s a problem from their perspective as well. And they made it very clear, they said that the messages that are coming from Washington are being marketed by these so-called coyotes. These are the ones that illegally move people, you know, up and across that border that the coyotes here, things like if I win my election, I’m going to treat you better. They hear things like a 15 dollar minimum wage or 400 dollars for illegal immigrants. They hear all of this and they market this to very vulnerable people who give them their life savings. They, you know, decide to get in with these cartels and these coyotes. Over half of them are victims of some sort of crime, whether they were involved in drug smuggling, whether they’re involved in human trafficking or some other sort of crime that occurs to them along the way. I heard this consistently that over half of the people that are working with these coyotes are victimized. This this is what’s happening. They don’t want this happening to their people. It’s a crisis of our own making of the Biden administration’s own making.

TODD: [01:25:52] Senator, do we have any idea of how many illegals have been dropped off in the state of Tennessee?

HAGERTY: [01:25:59] We don’t know the answer to that. We are working right now to get more information on that. The latest data I had was, as of March, all of the instances that you described, Todd, that I described that have happened since then. In March, it was less than 100 people. But we’ve got, you know, certainly a sense that there are many more that are either coming into Chattanooga and staying or they’re using Chattanooga as a central central location to then move them out to other locations where these migrants are going to be housed. We need more clarification. We need more information, and we need this to come to an end at our border because they’re really trying to turn the border into a turnstile and then moving these moving these migrants. I presume it’s happening all over the country. We just happened to catch it first in Tennessee.

TODD: [01:26:44] I was about to say, I mean, it can’t just be Chattanooga. And I’m wondering if other senators or any of your colleagues are saying they’re hearing similar reports and they’re states.

HAGERTY: [01:26:54] They’re very dialed in to what Senator Blackburn and I are doing, because they’re certainly concerned that it’s probably happening in their states, but we’re the first to uncover it.

TODD: [01:27:02] All right. Well, Senator, we appreciate you coming on the program and exposing this. And and again, fighting the good fight for the American people and for the good people of the state of Tennessee.