‘Prepare for Shortages on Everything,’ Rep. Ralph Norman Warns Starnes 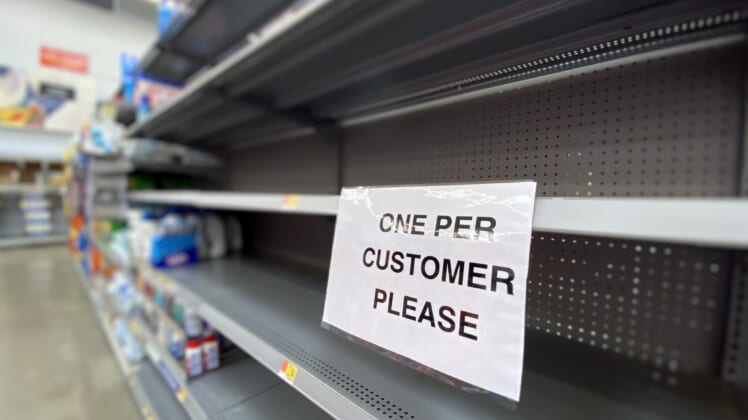 Fight back against Big Tech censorship by signing up for Todd’s free daily newsletter. Click here to subscribe!

The following is a transcript from Todd’s interview with Rep. Ralph Norman (R-SC) on the Todd Starnes Radio Show. Click here to listen to the full interview.

TODD: [00:49:40] Welcome back to the LIBERTY UNIVERSITY STUDIO. I’m Todd Starnes. Let’s go right to the PATRIOT MOBILE NEWSMAKER LINE. He is Congressman Ralph Norman from the Great State of South Carolina. Congressman, good to have you with us today.

TODD: [00:50:21] Well, thank you, congressman. We’ve been hearing from our listeners all over America about empty store shelves and places like Costco and Kroger, and I’m wondering what you’re hearing about in your communities.

NORMAN: [00:50:35] Same thing. You can go to any Sam’s, Costco. The disturbing part when you see the shelves that are empty, it’s not exotic foods or exotic products. This is paper towels, toilet paper. It’s the staples that this country exists on. And you know, it just shows you how this is just one of so many of the train wrecks that this administration has done. I got to tell you the other day that the products that come from China to reach our soil is over 83 percent higher, whet for 40 days or seventy three days, which is all contributed to this day when you compound that, Todd with the prices that Americans are paying. It’s not just gasoline, it’s this our foods are staples and it’s a challenge we’ve got to deal with.

JOIN TODD AS HE RAISES MONEY TO SUPPORT THE CRUCIAL WORK OF ALLIANCE DEFENDING FREEDOM! CLICK HERE FOR MORE INFORMATION.

TODD: [00:51:28] And yet here you have the transportation secretary on paternity leave, and it’s our understanding that the media was not made that was not made available to the media. So they had no idea that for the past two months, the guy whose job it is to oversee all of this and to come up with solutions was literally M.I.A. And now he’s off at some U.N. climate summit.

NORMAN: [00:51:53] Yeah. You know, the public deserves better than this, where is the media to report that? Now, I don’t trust what they say anyway. It’s like everybody else in this administration, from the orcas to, you know, merely to any of them. They’re just words, but they don’t if they don’t know the truth, if it ran over. And same thing with here’s something this critical going into the Christmas season, the Thanksgiving season where we’re predicting shortages in pretty much everything along with the prices we’re talking about. But no, I mean, you look at the press secretary, Jen Psaki, the same thing. I mean, she’s missing in action most of the time or circling back trying to find an answer.

TODD: [00:52:37] And you know, congressman, on that note, you had the vice president who has yet to go to the border and address the border crisis. She was delivering messages via video to about 300 black churches in Virginia. Quite frankly, it seems to me this is a direct violation of the law encouraging people to get out there and specifically vote for Terry McAuliffe.

NORMAN: [00:53:02] Well, it just shows you where priorities are. I mean, where’s the Johnson amendment, which always prevents political pitches in churches as federal law, but it’s like everything else. This administration makes a blow up as they go, and they weaponized the legal system and the law run over it because that’s just how they are. And I mean, think about that with all the issues this country has the border being at and near the top. She had been there and she’s cackling her way when Americans are crying for some type of order for, you know, for not just immigration, but the the shortages we’re facing now. Look what the look, what the issues we had when the Colonial Pipeline was shut down. They don’t address any of these and, you know, not that she could understand them anyway. Todd, she is a political animal. That’s all she’s now along with this president, and it’s the country. Don’t deserve this, but we’re getting a front row seat to what they’re to their facts and only after nine months, which is astounding, right?