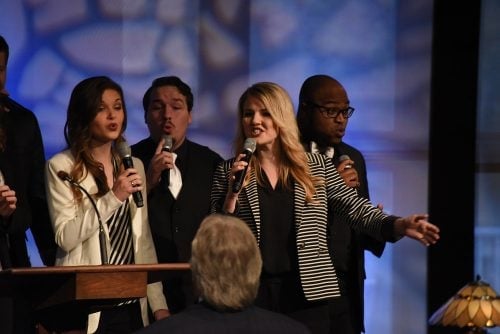 The commander of U.S. Pacific Command put anti-American demonstrators in their place during ceremonies commemorating the 75th anniversary of the attack on Pearl Harbor.

Navy Admiral Harry Harris said those who died on that terrible day “never took a knee and never failed to stand” during the national anthem.

It was considered to be a swipe at NFL quarterback Colin Kaepernick and the minions who mimicked his disrespectful behavior towards the national anthem.

“You can bet that the men and women we honor today — and those who died that fateful morning 75 years ago — never took a knee and never failed to stand whenever they heard our national anthem being played,” Harris told the crowd in Hawaii.

His remarks led to thunderous applause and a standing ovation.

“Hearing the words, ‘the land of the free and home of the brave’ means something special for every American, every day,” he later added. “But today, on Dec. 7, it takes on extraordinary significance.”

Thank you, commander, for saying what we all know is true.