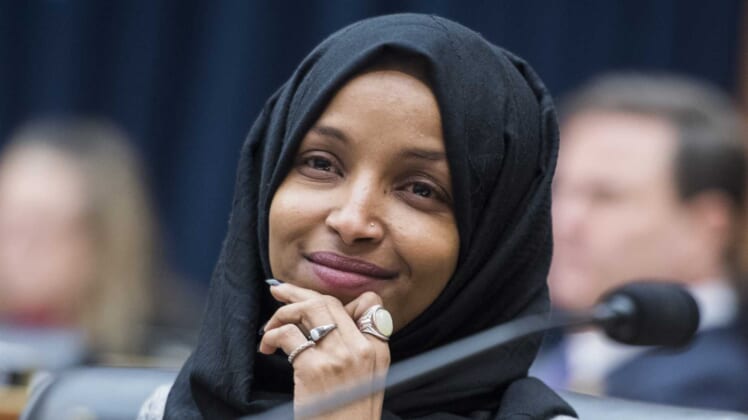 With less than two weeks left in Donald Trump’s term, Democrats are demanding the president be thrown out of the White House now.

Following the chaotic events of Wednesday at the Capitol building, Donald Trump is now being blamed for inciting violence.

As the electoral count was being affirmed in Congress, protesters stormed the building, politicians were evacuated and security was overrun. President Trump issued a video message on Twitter telling the rioters to “Go in peace. Go home. You are special.”

Politicians are quickly coming out in support of impeaching the president following the release of the message:

Another vocal critic of the president, Rep. Alexandria Ocasio-Cortez (D-NY), took to Twitter and just said one word, but that’s all she needed to say to get her message across:

President Trump has already been technically impeached once due to the “controversial” Ukraine call. He was later acquitted in February of 2020.

Now, these threatening words from the Left for impeachment are already turning into immediate actions:

While these politicians calling for the impeachment of Trump (They’ve been calling for that for the past four years.) isn’t surprising, what is more shocking is seeing Republicans starting to call for the same thing:

Many Republicans have been turning on Trump long before this week. That’s been in the works over the past four years as well. The question is, will enough people stand up for the president now, with just 14 days left in his term?

Republicans have already shown their true colors, and over the next couple of weeks, I have a feeling we’ll see more RINOs revealed.