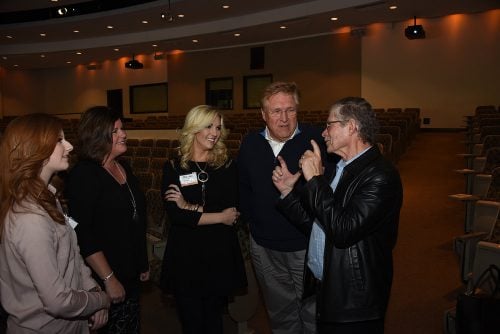 Our long national nightmare is over and the Republic has been saved.

I’m originally from the Deep South. My father, who passed away in 2006, was a blue-collar worker. We lived paycheck-to-paycheck. We went to church on Sunday. We lived a quiet life – just like many families in so-called “Fly-Over Country.”

My father was a member of the Silent Majority and had he been alive he would’ve cast his vote for Donald J. Trump.

I’ve lived in New York City for more than a decade now – and I’ve seen firsthand the contempt for country folks like my father – people from Rural America.

As I wrote in my book, “God Less America,” I feel like a Duck Dynasty guy living in a Miley Cyrus world – where right is wrong, wrong is right – it’s as if our values have been turned upside down.

President Obama called us bitter. He said we were the kinds of people who cling to guns and religion.

Time and time again he stood on foreign soil and apologized for our nation. And to this day it remains unclear whether he believes the United States is the most exceptional nation on Earth.

“To just be grossly generalistic, you can put half of Trump supporters into what I call the ‘basket of deplorables. Right? Racist, sexist, homophobic, xenophobic, Islamophobic, you name it.”

The only thing deplorable was Hillary Clinton’s basket of grossly generalistic comments.

“And unfortunately, there are people like that and he has lifted them up,” she went on to say. “He has given voice to their websites that used to only have 11,000 people, now have 11 million. He tweets and retweets offensive, hateful, mean-spirited rhetoric.”

Her campaign portrayed Conservative Catholicism as a “bastardization of the faith” and seemed to imply that Evangelicals are a bunch of impoverished country bumpkins.

We were mocked by Hollywood and dismissed by Academics. We were marginalized by the media – bullied and belittled by sex and gender revolutionaries.

We the People have decided that it’s time to drain the swamp.

It’s time to stand up for the American working man and bring jobs back from China and Mexico. It’s time to eradicate the scourge of Obamacare.

And it’s time to hire the bricklayers so they can start building that giant wall.

The Deplorable Americans have spoken – and on the eight day of November in the Year of Our Lord Two Thousand Sixteen – we have decided to Make America Great Again.