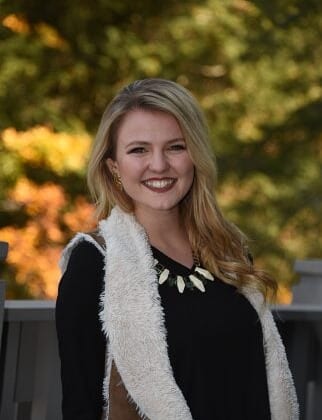 Sen. Bob Corker (R-TN) was hiking in the woods near his home in Chattanooga – enjoying the outdoors – minding his business – when he was accosted by a foul-mouthed anti-Donald Trump Biology professor.

University of the South professor David Haskell and several companions were hiking on Stringer’s Ridge when they came upon Sen. Corker (who happened to be traveling alone).

“Professor Haskell began shouting at Senator Corker in a profanity-laced tirade while pointing a finger in his face and told the senator that he was embarrassed to live in a state where the citizens voted to overwhelming elect Donald Trump,” Corker spokesperson Micah Johnson said in statement.

Haskell, who was a Pulitzer Price nonfiction finalist, admitted in a blog post that he had a potty-mouth, but denied he was overly aggressive.

“I’m afraid my profanity was no match for that of Mr. Trump and I showed no aggression,” he wrote. “Anger, for sure, but I stood at a respectful distance and listened to Corker. First Amendment speech is not aggression, it’s a right. Grabbing women, punishing them for abortions, egging on rallies toward violence: now that’s aggression.”

Click here to get your “I’m Politically Incorrect” t-shirt!

Haskell also admitted his contempt for the good citizens of the Volunteer State.

“I greeted him and told him how deeply ashamed I was to be from a state where our senator will not denounce Trump for boasting of sexual assault,” he wrote. “Corker has been silent on this matter and on the racism and hate that the T-monster has spewed into our country these last months.”

This guy sounds like he’s unhinged – and possibly slap-crazy.

“I told him that as a Tennessean I was deeply ashamed of his silence,” the professor wrote.

He went on to claim Corker attacked his character and complained that his afternoon walk in the woods had been disrupted.

“Take your silence in the face of Trump’s vile words back to your Chattanooga mansion and ponder why a group of hikers – immigrants, women, LGBTQ, and Latinos – would be so distraught to see your smirking countenance sauntering through the woods,” he wrote in a rambling post.

I simply cannot believe that the University of the South would tolerate such boorish and downright ungentlemanly behavior from a professor.

“Senator Corker believes that if the leadership of Sewanee witnessed the exchange, they would be sorely disappointed in the behavior of someone tasked with leading students,” Johnson said.

The professor actually pointed his finger – right in the senator’s face? Now, that’s just not something a grown man ought to be doing.

But instead of delivering a response to the bridge of the professor’s nose, Senator Corker demonstrated self-composure and restraint.

Now, we are not sure of how the incident concluded. Our two stories diverge in the woods and the reader must decide the path on which to travel.

The professor said he was told, “If you don’t like it, then you should leave the state.”

The senator’s spokesperson said, “Senator Corker calmly suggested to the professor that he did not have to live in Tennessee if he did not wish to do so.”

In other words, professor – don’t let the door hit ya, where the good Lord done split ya.