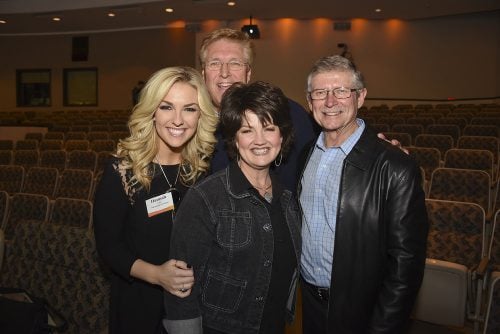 The other day one of my radio listeners sent me a link to a brilliant television commercial that was created by Food City.

Food City sells Hamburger Helper and Doritos and Dukes Mayonnaise to folks who live in the Southern states.

Click here to join Todd’s Newsletter: a must-read for conservatives!

But the supermarket’s television commercial had nothing to do with selling groceries – it was about Veteran’s Day.

And folks – it was one of the most poignant, heart-felt commercials I’ve ever seen.

These days, there aren’t too many big companies left across the fruited plain that do business like that – which makes Food City’s Veterans Day commercial all the more intriguing.

“The country and what it means is extremely important to our company,” Mr. Stafford said.

It’s true. That’s why the Star-Spangled Banner proudly waves outside every single store (so long as it is permitted by local ordinances).

Food City founder Jack Smith served in the Navy and the company has always had a deep appreciation and admiration for the men and women who serve in the Armed Forces.

That appreciation is especially evident when they open a new grocery store.

“At every store opening we have a flag raising ceremony,” Mr. Stafford said.

It’s quite a grand affair with marching bands and high school choirs and service members and even folks from the local VFW hall.

“We open up with a prayer and do the Pledge of Allegiance and we sing the National Anthem and the service members do the flag raising,” he said.

If the National Football League wants to reverse that massive ratings drop, maybe they should consider giving the folks at Food City a call.

All that to say – Food City put together a deeply moving tribute that honors our veterans and their families.

The one-minute video tells the story of a young service member who returns home and finds his grandfather standing in front of the house dressed in uniform – greeting him with a salute.

“There was originally a voice over – but they decided to just let the images tell the story,” Mr. Stafford said. “No words were needed. It says everything you need to know without saying a word.”

And folks – if you don’t get a little misty-eyed by the end of the commercial – well – you’re just not right with the Lord!

“We’ve seen it hundreds of times and every single time we get chills,” Mr. Stafford said. “It’s a beautiful spot.”

I sure wish I could buy Jimmy Dean sausage and Martha White Flour from Food City – but the nearest store to Brooklyn is about 700 miles away.  That’s too bad.

So thank you, Food City – for honoring the brave men and women of the United States Armed Forces.

Y’all are mighty good people. They love America. They love our veterans. And they’ll even take your groceries out to your pickup truck.