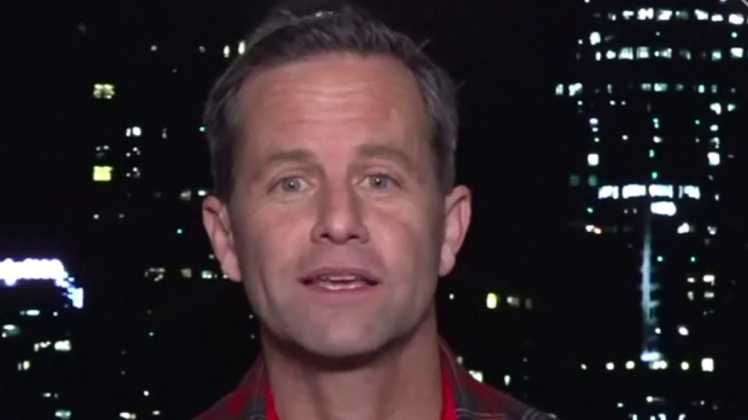 Dozens of Christmas carolers—led by the actor—held another “peaceful protest” in front of a Southern California mall Tuesday night, drawing scrutiny from public officials, but praise from those opposed to government infringement on speech.

“I’m getting ready to go out in 38 minutes,” the actor posted on Instagram. “It’s T-38 minutes for our Christmas caroling peaceful protest. We are going to be celebrating our God-given liberties, our constitutionally protected rights at this time at Christmas to sing Christmas songs to gather, to assemble, and to sign about the birth of our savior.”

The event took place outside The Oaks mall in Thousand Oaks, Calif., which is a city in Ventura County. The state has seen a recent increase in coronavirus cases that health officials have said is putting a strain on hospitals. The Ventura County Star reported that there were 2,049 new local cases over the weekend and the county—which is home to about 846,000—had 300 patients hospitalized for the first time.

Many of the critics of the coronavirus lockdowns and mask mandates say health officials and politicians have been dreadfully inept in presenting the science behind the effectiveness of face coverings in preventing the virus’ spread. Mask wearing in Los Angeles County has been nearly universal but is averaging 85 deaths a day, according to the Los Angeles Times.

The Oaks mall posted on Twitter that it does not condone the “irresponsible” yet “constitutionally protected” event and said it notified the sheriff’s office. CNN reported that gatherings are prohibited in the county except for worship and political expression. The report said that Cameron tied the event to Sing it Louder USA, which describes itself as a “nationwide peaceful family protest to gather and sing Christmas carols in response” to what it sees as government overreach.

Reports said that the event drew about 100 people and there was hardly a mask in sight. There was also little if any social distancing and the ages ranged from young children to senior citizens. There was one video that was posted on Instagram that showed the crowd holding candles and singing “The First Noel.”

Cameron, who is best known for his role in “Growing Pains,” reportedly orchestrated another event earlier this month. He said, If you love God, if you love Christmas and you love liberty, you’re not going to want to miss this.”