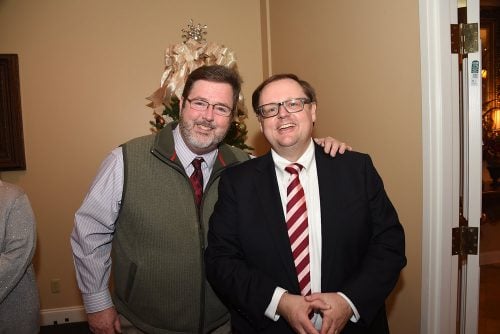 A public high school in the town of Virginia, Minnesota is accused of turning a blind eye as a transgender student engaged in twerking, grinding and all sorts of scurrilous activity in the girls locker room, according to an explosive lawsuit filed in federal court.

Alliance Defending Freedom is representing at least 11 families asking the court to stop Virginia Public Schools’ policy that opens up showers and locker rooms to the opposite sex.

“School policies should promote the rights and safety of every student, but that’s not what Virginia Public Schools is doing – and it’s certainly not what the departments of Education and Justice are doing,” ADF senior counsel Gary McCaleb said. “No child should be forced into an intimate setting, like a locker room, with someone of the opposite sex.”

I reached out to the district but they are not commenting.

“No student should be forced to use private facilities at school, like locker rooms and restrooms, with students of the opposite sex,” the lawsuit declares.

The district opened its schools’ locker rooms and showers and restrooms to boys who identify as girls after the Justice Dept. and Dept. of Education issued a directive warning schools to either accommodate transgender students or lose federal funding.

“No government agency should hold hostage important education funding to advance an unlawful agenda,” the lawsuit states. “No school district should trade its students’ constitutional and statutory rights for dollars and cents, especially when it means abandoning a common sense practice that long protected every student’s privacy and access to education.”

Under the school district’s policy, the transgender student (identified as Student X) was allowed to use the bathrooms and locker rooms of his choice. The child was also allowed to participate on girls athletic teams.

The school told girls who felt uncomfortable they should consider using a secondary locker room in the basement of the elementary school.

“Plaintiff B and nearly half the junior varsity squad changed in the secondary locker room in hope that their privacy would not be violated,” the lawsuit states.

Midway through the season, Plaintiff A was told she could use a vacant boys’ basketball locker room – for privacy. But it wasn’t long before the transgender student showed up in that locker room.

“One on such occasion, Student X walked into the boys’ basketball locker room while Girl Plaintiff A was in her underwear and removed his pants while he was near her and other girls who were also changing,” the lawsuit states. “This incident deeply upset Girl Plaintiff A. It signaled to her that there was no place in the school where she could preserve her privacy under the new policy.”

ADF Attorney Matt Sharp told me the school district turned a blind eye to complaints raised by the girls and their parents.

“The school was very unsympathetic,” Sharp said. “This is showing what we have been warning for months now. When you strip away student privacy, there’s going to be consequences for that.”