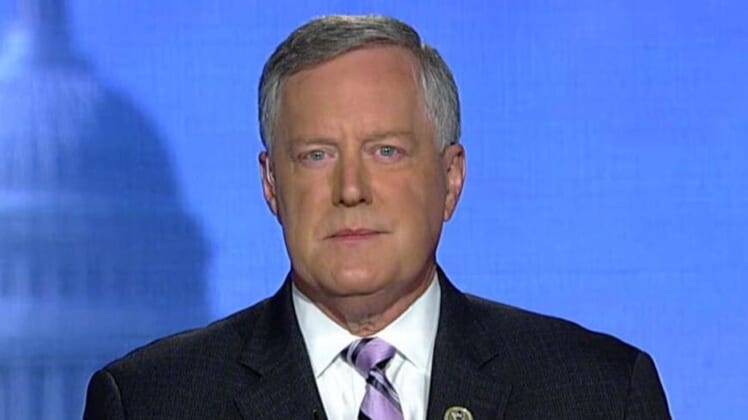 “I can remember Rush being at the State of the Union where President Trump honored him with that medal of freedom announcement,” Meadows told host Todd Starnes.

“And the left went crazy. I mean, they couldn’t believe that the president was honoring Rush Limbaugh in that way,” he said.

The former North Carolina congressman continued that he and Congressman Jim Jordan (R-OH) gave Limbaugh a thumbs up after he received the Presidential Medal of Freedom. Limbaugh then patted his fist across his heart and pointed back at them. It was a fond memory for both congressmen.

Limbaugh had been a radio host since 1988 and his show at one point became the highest-rated talk radio show in the United States, airing on almost 600 radio stations nationwide.

He was diagnosed with Stage 4 lung cancer which took his life Wednesday.

Starnes shared one of his memories when Limbaugh read one of his stories on his radio show.

“All my family members were texting me from back in Tennessee, and I thought something horrible had happened,” said Starnes. “And I looked and my family was saying that Rush Limbaugh is reading one of your stories on the air right now. My initial thought was, ‘Wow, that’s pretty cool.’”

Meadows and Starnes discussed how if Limbaugh mentioned you on his show, it was a sign you “made it” as a conservative in the political world.