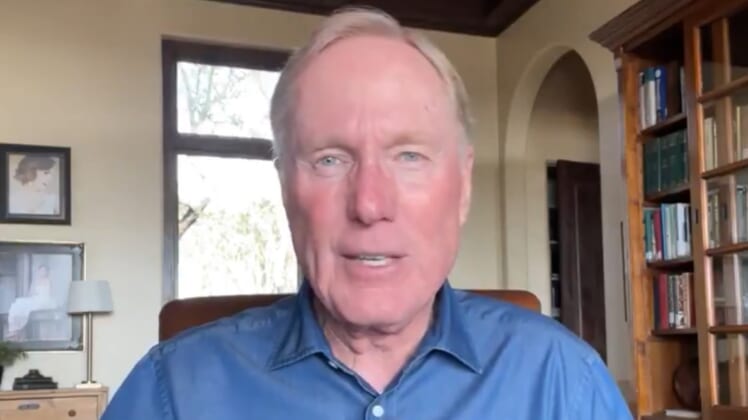 Evangelical Christian author and pastor Max Lucado apologized Thursday for a past sermon on homosexuality he said “wounded people,” but it wasn’t enough for the liberal congregation that invited him.

The “Begin Again” author and pastor of Oak Hills Church in San Antonio, Texas, wrote a letter apologizing to the LGBTQ community after he preached a virtual sermon last weekend at the Washington National Cathedral.

But it wasn’t Lucado’s guest sermon on the Holy Spirit that upset the cancel culture mob in D.C. It was comments he made 17 years ago.

“In 2004 I preached a sermon on the topic of same-sex marriage,” Lucado wrote. “I now see that, in that sermon, I was disrespectful. I was hurtful. I wounded people in ways that were devastating. I should have done better.”

“It grieves me that my words have hurt or been used to hurt the LGBTQ community,” he added. “I apologize to you and I ask forgiveness of Christ.”

“Lucado’s teachings and preaching inflicts active harm on LGBTQ people,” the petition read. “To cite one example, in 2004 he wrote of his fears that homosexuality would lead to ‘legalized incest’ and likened same-sex marriage to incest and bestiality. Fear-mongering and dehumanizing messages from powerful speakers like Lucado have been used to justify rollbacks of LGBTQ rights and to exclude LGBTQ people from civil protections and sacred rites. To our knowledge, Lucado has not publicly renounced these views.”

Although the petition fell short of its 2,500 signature goal, Lucado responded to the criticism, writing that believers may disagree over what the Bible says about homosexuality, “but we agree that God’s holy Word must never be used as a weapon to wound others.”

He clarified: “To be clear, I believe in the traditional biblical understanding of marriage, but I also believe in a God of unbounded grace and love. LGBTQ individuals and LGBTQ families must be respected and treated with love. They are beloved children of God because they are made in the image and likeness of God.

Althought the cathedral’s dean initially defended Lucado’s invitation, he later apologized and called it a “mistake.”

“In my straight privilege I failed to see and fully understand the pain he has caused,” Hollerith wrote last week. “I failed to appreciate the depth of injury his words have had on many in the LGBTQ community.”

He concluded: “It is important that  we seek reconciliation and relationship with those with whom we disagree, but not at the expense of the sacred dignity and worth of our LGBTQ friends and families.”