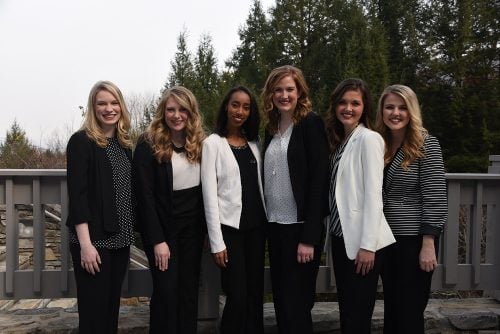 From the pages of the Salt Lake Tribune comes word of a distraught Mormon Tabernacle Choir singer.

Jan Chamberlin has resigned from the famed choir – rather than perform for Donald Trump’s inauguration.

“Since ‘the announcement,’ I have spent several sleepless nights and days in turmoil and agony,” she wrote in her resignation letter to the choir.

She went on wail about how she was having to search her soul and how she could never look at herself in the mirror if she performed for President-elect Trump.

“I only know I could never ‘throw roses to Hitler.’ And I certainly could never sing for him,” she wrote in her letter — as reported by the Tribune.

The Latter Day Saints said participation in the inauguration is strictly voluntary. No one is being forced to sing for the president-elect. But Ms. Chamberlin remains steadfast and warned the choir’s reputation would be tarnished.

The Tribune reports nearly 19,000 people have signed a petition urging the choir to reconsider its participation in the inauguration.

Ms. Chamberlin’s shrieking is similar to the hysterics coming from Radio City Music Hall – where several Rockettes pitched a hissy fit over their participation in the inauguration.

For the record, President-elect Trump has never invaded a sovereign nation, nor has exterminated millions of innocent people.

President-elect Trump is no Nazi, Ms. Chamberlin – but your argument is a few notes shy of a stanza.