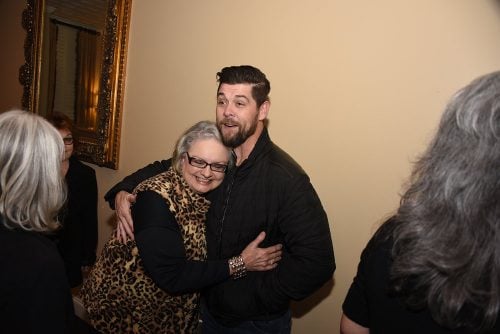 CORRECTION: The City of Owego incorrectly identified the organization that filed the initial complaint. The group is the Children of Abraham of the Southern Tier.

An interfaith group that includes New York Muslims has taken offense at a small town’s new memorial honoring those who died in the September 11th, 2001 terrorist attacks.

The Children of Abraham of the Southern Tier fired off a letter to city leaders in Owego – alleging that words engraved in the granite memorial would encourage hatred to Muslims.

The memorial, which will be dedicated on Saturday, identifies those responsible for the attacks as “Islamic terrorists.”

A spokesperson for the Islamic Organization of the Southern Tier told our Fox television affiliate that having the words “Islamic terrorists” on the monument is a “broad brush against the many Muslims who live in the Southern Tier.”

“They want us to change the word from ‘Islamic Terrorist’ to either ‘terrorist’ or ‘Al Qaeda terrorist,’” City Manager Donald Castelluci told me. “I sent them back an email saying I disagreed with their premise 100 percent.”

“On September 11, 2001 nineteen Islamic terrorists unsuspectedly boarded four airliners departing east coast airports to hijack the planes and carry out a series of coordinated attacks against the United States. This is a tribute to all the lives lost that day and to the heroic sacrifice of all who rushed to help. As Americans, we honor their memory by living our lives in freedom. We will never forget.”

Mr. Castelluci said they have no plans to change a single letter in the town’s memorial.

“I don’t live in a politically correct world,” he told Fox affiliate WICZ. “I live in a historical fact world…whether it’s American, homegrown, Christianity, Islamic, you call it what it is. And we don’t whitewash things, especially here.”

“This is not about religion,” he told me. “It’s about one event on one day that killed more than 3,000 people.”

I reached out to the Islamic Center of the Southern Tier but they did not respond to my inquiries.

I want to commend Mr. Castelluci and the good people of Owego for refusing to bow at the altar of political correctness. Their memorial is accurate.

The facts surrounding 9-11 are very clear. Islamic radicals committed jihad on American soil. They were not shouting, “Jesus Saves” when they flew those jetliners in the buildings.

On Saturday, the citizens of Owego will commemorate the 15th anniversary of that terrible day by dedicating their memorial park – a park that honors a local resident who died in one of the twin towers.

His name was Derek Statkevicus and he worked on the 89th floor of 2 World Trade Center. And his life was taken by an Islamic terrorist.