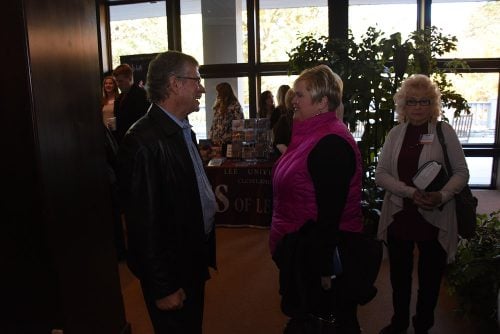 The folks over at Neiman Marcus are selling frozen collard greens for $66 – causing a massive outbreak of good-natured mocking from flabbergasted Southerners.

“Do these people realize we have collard greens growing in the backyard,” Southern humorist Shellie Rushing Tomlinson told me. “I’ll tell you what, Todd – it stopped me in my tracks. This is like Collard-gate.”

Neiman Marcus says they’ve already sold out of their stock of luxury collards – all the more shocking since the greens did not come with a side of cornbread.

“They’re gonna sell these high-priced collard greens and people are gonna sit down to it without any corn bread to dip in their milk,” she said.

Miss Shellie, the author of “Hungry is a Mighty Fine Sauce,” (and one of my favorite writers) was even more stunned to learn the collard greens were made with turkey and bacon – instead of ham hocks.

“That’s like a sin. I know it’s a sin,” she said. “And it may be a felony depending on which side of the FBI you’re friends with.”

Miss Shellie has a valid point. Ham hocks, fat back and hot sauce are the Holy Trinity of Southern flavoring.

After years of trying to explain this to my northern colleagues, I’ve come to realize it’s just something only a Southerner understands.

Miss Shellie illustrated my point with a story about her New York City book editor.

“I had written in a book about putting a ham hock in my peas. She called to ask me if ham hock was a typo,” she said. “The poor woman did not know what a ham hock was.”

Neiman Marcus may consider collards to be “gourmet food” but in the South we just call greens good-eatin’. And most folks I know buy their collards down at Food City or the Piggly-Wiggly – not Neiman Marcus.

“I can’t fault them for the prices because if you can find a sucker I suppose you can sell the collard greens at that price,” Miss Shellie said.

And collards aren’t the only luxury groceries they’re selling. If you’ve got a hankering, Neiman Marcus would be glad to sell you a bowl of baked beans for 80 dollars or yams for 64 dollars – shipping not included.

Next year don’t be surprised if Neiman Marcus is selling jewel-encrusted catfish with 24-karat hush puppies.