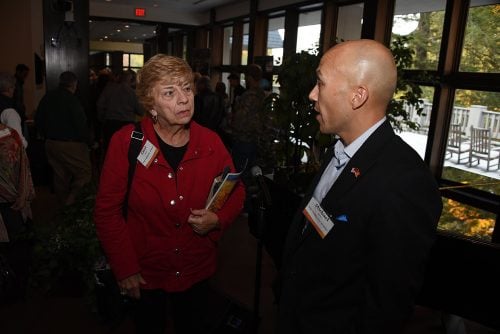 President Obama and the Mainstream Media are mourning the death of Cuban dictator Fidel Castro — whitewashing his crimes against the Cuban people while comparing him to George Washington.

“We know that this moment fills Cubans – in Cuba and in the United States – with powerful emotions, recalling the countless ways in which Fidel Castro altered the course of individual lives, families, and of the Cuban nation. History will record and judge the enormous impact of this singular figure on the people and world around him,” the president said in a statement.

CLICK HERE TO GET TODD’S LATEST BOOK FOR JUST $10.

One journalist called the statement “carefully-worded.”

Pres Obama’s statement on Fidel’s death carefully-worded to avoid condemnations of his decades of dictatorship.

It is absolutely sickening to watch the White House and the Mainstream Media mourn the loss of their beloved Castro — a ruthless dictator who was the personification of evil.

President Obama issued a pathetic statement on death of dictator #FidelCastro with no mention of thousands he killed & imprisoned. #Cuba

.@marcorubio: “I would hope that [the Obama Admin.] would send no one to the funeral.” #FidelCastro #Cuba pic.twitter.com/JoSxraBH2g

ABC’s Jim Avila said Castro “was considered, even to this day, the George Washington of his country among those who remain in Cuba.”

MSNBC’s Andrea Mitchell lavished the evil man with high praise mentioning he “will be revered” for education and social services and medical care to all of his people.”

What a bunch of mush. Fidel Castro was a brutal dictator who should be denounced in the strongest terms, full stop. https://t.co/iEDMb6xM70

Our friends at Newsbusters have compiled some of the most offensive comments from the American media.

President-elect Donald Trump, on the other hand, called out Castro for who he really was – “a brutal dictator who oppressed his own people.

“Fidel Castro’s legacy is one of firing squads, theft, unimaginable suffering, poverty and the denial of fundamental human rights,” Trump said in a statement.

The tyrant #Castro is dead. New hope dawns. We will stand with the oppressed Cuban people for a free and democratic Cuba. Viva Cuba Libre!

President-elect Trump is absolutely correct. Our sympathies and our prayers should be with the Cuban people — who have suffered for decades under the oppressive regime of Castro.

Perhaps they can find a measure of solace knowing Castro will spend eternity with Osama bin Laden, Saddam Hussein and a legion of history’s most ruthless despots and tyrants.

“Today, the world marks the passing of a brutal dictator who oppressed his own people for nearly six decades. Fidel Castro’s legacy is one of firing squads, theft, unimaginable suffering, poverty and the denial of fundamental human rights.

“While Cuba remains a totalitarian island, it is my hope that today marks a move away from the horrors endured for too long, and toward a future in which the wonderful Cuban people finally live in the freedom they so richly deserve.

“Though the tragedies, deaths and pain caused by Fidel Castro cannot be erased, our administration will do all it can to ensure the Cuban people can finally begin their journey toward prosperity and liberty.  I join the many Cuban Americans who supported me so greatly in the presidential campaign, including the Brigade 2506 Veterans Association that endorsed me, with the hope of one day soon seeing a free Cuba.”

And here is President Obama’s statement:

“At this time of Fidel Castro’s passing, we extend a hand of friendship to the Cuban people. We know that this moment fills Cubans – in Cuba and in the United States – with powerful emotions, recalling the countless ways in which Fidel Castro altered the course of individual lives, families, and of the Cuban nation. History will record and judge the enormous impact of this singular figure on the people and world around him.

For nearly six decades, the relationship between the United States and Cuba was marked by discord and profound political disagreements. During my presidency, we have worked hard to put the past behind us, pursuing a future in which the relationship between our two countries is defined not by our differences but by the many things that we share as neighbors and friends – bonds of family, culture, commerce, and common humanity. This engagement includes the contributions of Cuban Americans, who have done so much for our country and who care deeply about their loved ones in Cuba.

Today, we offer condolences to Fidel Castro’s family, and our thoughts and prayers are with the Cuban people. In the days ahead, they will recall the past and also look to the future. As they do, the Cuban people must know that they have a friend and partner in the United States of America.”