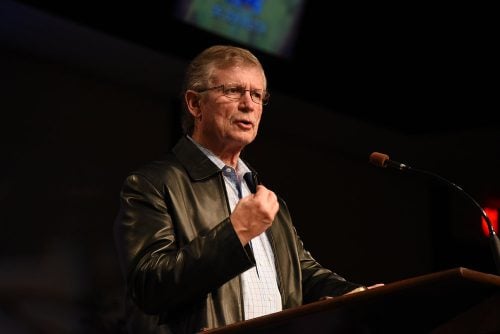 An Ohio State University staffer allegedly urged people to have compassion for the savage Muslim attacker who plowed a car into students and tried to butcher them.

Click here to get a free subscription to Todd’s newsletter: a must-read for Conservatives!

“Abdul Razak Ali Artan was a BUCKEYE, a member of our family. If you think it is okay to celebrate his death and/or share a photo of his dead body and I see it in my timeline I will unfriend you,” read a posting on Stephanie Clemons Thompson’s Facebook page.

Thompson is the university’s assistant director of residence life. The posting has since been deleted from Facebook — but the good folks at Daily Caller grabbed a screenshot:

I reached out to Ms Thompson by telephone and email but she has yet to return my calls.

“This is clearly not an official university statement,” he said via email. “We have no further comment.”

Investigators tell Fox News they have found evidence the Muslim attacker was inspired by ISIS propaganda and believe he was “self-radicalized.”

The sources did not specify what evidence was found, but investigators are inclined to believe that the attacker, 18-year-old Abdul Razak Ali Artan, was “self-radicalized.”

“Every single Muslim who disapproves of my actions is a sleeper cell, waiting for a signal. I am warning you Oh America!” Artan also wrote.

So Ms. Thompson really thinks we should have compassion for a self-radicalized thug who tried slaughter innocent Americans on American soil? What about compassion for the people he tried to butcher?