Pastor: It’s Morally Inexcusable for Christians Not to Vote for Trump 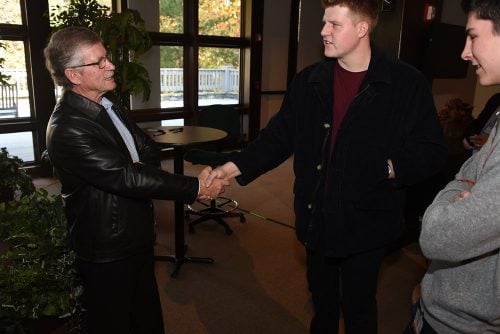 It’s Election  Day, America – and there’s not a thing I can tell you that will lead you to change your vote. You’ve made up your mind and that’s that.

Click here to join Todd’s Newsletter: a must-read for Conservatives!

That being said, your vote today has consequences.

Those of you voting for Donald Trump are voting to secure our borders, rid the country of illegals and eradicate the scourge of Obamacare.

You’re voting to protect the Constitution and save unborn babies.

You’re voting for somebody who’s going to stand up for the American working man – somebody who is going to make America great again.

On the other hand, there are the those who consider themselves without sin – the Never Trump crowd.

Those are the folks writing in a candidate or voting for Pothead Gary Johnson or Jill Stein, the tree-hugger. Or maybe you’re voting for a Romney Republican like Evan McMullin. Or perhaps you’re just going to stay home.

“Many of them have a higher view of themselves than they ought to. They think they are so much holier than Donald Trump or anyone else. The fact is all of us have sinned and fallen short,” said Robert Jeffress, the pastor of the First Baptist Church of Dallas, Texas.

Dr. Jeffress told me it is imperative for Christians to vote for Trump. to stop the assault on religious liberty and the unborn.

“For Christians not to stop the assault by voting for Trump is morally inexcusable,” he said.

“In last debate, Trump made the most articulate defense of the pro-life position of any Republican presidential candidate in history,” Jeffress said. “He spoke more for pro-life than Mitt Romney, John McCain, either of the Bushes or even Ronald Reagan.”

So consider the consequences of not voting for Trump. Your protest vote is actually a de facto vote for Hillary Clinton. That may not be your intention — but that’s what it is.

A Hillary Clinton presidency is sure to bring about four years of scandals and investigations – unfettered corruption.

It’s what you can expect from a  woman who believes one way in public and another way in private.

It’s Election Day, America. May God have mercy on us.