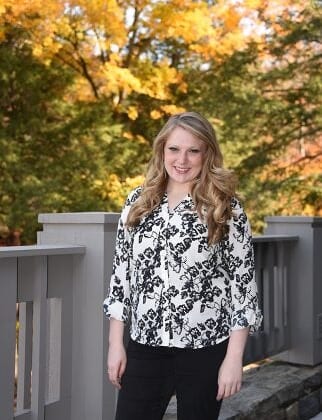 The Freedom From Religion Foundation, a motley crew of atheists, agnostics and free-thinkers just got a lump of coal in their Christmas stockings.

WXXM, the progressive talk radio station in Madison, Wisconsin, has flipped formats – leaving the uber-liberal city without a place to converse about micro-aggressions, plot protest marches or swap quinoa recipes.

The Wisconsin State Journal reports that Liberal Talk “92.1 The Mic” will now be called “92.1 BestFM” — “Madison’s Home for the Holidays.”

Among the shows given the heave-ho as a result of the format change was “Freethought Radio”, a show hosted by the Freedom From Religion Foundation.

“We opened up the Wisconsin State Journal the morning after the election to read the remarkable announcement that progressive talk had been banished forthwith on 92.1 FM and replaced with around-the-clock Christmas music,” FFRF co-founder Annie Gaylor said in a statement.

Well, if that doesn’t curdle an atheist’s egg-nog I don’t know what will.

The Freedom From Religion Foundation is not a big fan of the Baby Jesus.

They make their living by filing lawsuits against towns that display the Nativity Scene and by bullying schools that sing Christmas carols.

They’re basically a bunch of godless Grinches – pillaging and plundering their way through the yuletide season.

In 2015 the FFRF filed a federal lawsuit against an Indiana school district –demanding the little Lord Jesus be evicted from a Christmas pageant.

That same year, they were successful in banning public school choirs in Portland, Oregon from performing at a Catholic shrine called the Grotto.

They also tried to bully the good people of Piedmont, Alabama for making “Keep Christ in Christmas” the theme of the annual holiday parade.

But the FFRF’s devious scheme was foiled by some mighty clever thinking. Instead of making it the “official” theme – the town decided to make it the “unofficial” theme.

Radio Insight reports the station’s flip to Christmas music will lead to a new format after the holidays. It’s unclear what that format will be – but it’s unlikely liberal talk will return to the airwaves.

Christian  Examiner reports the station’s programming was being trounced in the ratings by conservative talk radio giants like Rush Limbaugh and Sean Hannity (a great American and my colleague at Fox News).

Let’s be honest – would you rather listen to Rush and Sean or a gaggle of man-hating feminists in Birkenstocks warbling about the virtues of organic gardening?

Progressive talk radio does not make for good talk radio and that’s why WXXM opted to play Jingle Bells instead of blathering atheists.

Now that the Freedom From Religion Foundation has been silenced, the citizens of Madison will finally be able to enjoy the holiday season with peace on Earth – goodwill to men.

Christmas really is the most wonderful time of the year!