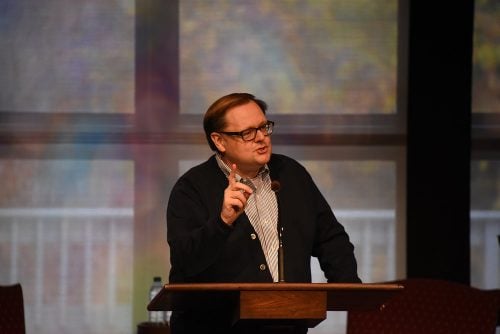 A classroom assignment on Islam says one negative effect of the Crusades is that Christians are still treating Muslims harshly.

Click here for a free subscription to Todd’s newsletter: a Must-Read for Conservatives!

Mrs. Light, of Westwood, New Jersey, was helping her 13-year-old daughter prepare for a World History test when she discovered some rather shocking lessons.

Click here to get a limited edition copy of todd’s new book!

“The Christians’ harsh treatment of Muslims in the Holy Land led to bitterness that has lasted to the present,” one worksheet stated.

Another worksheet asks students to identify “one negative effect of the Crusades that has continued to the present.”  The answer written on the worksheet – “the Christians harsh treatment of Muslims continues in the present day.”

“In this day and age when so many bad things are happening to Christians all over the world – they are basically saying Christians caused this, Mrs. Light told me. “This is just too much.”

I reached out to the superintendent of the school district, but so far he has not returned my messages.

Mrs. Light said the class has been studying Islam since the beginning of the school year. She said the students have also touched on Christianity and Judaism, but the lessons primarily revolve around the Islamic faith.

“It is indoctrination,” she said.

But Mrs. Light does not blame her daughter’s teacher for the Islamic-centric lessons.

“It’s not really the teacher’s fault. This is what they are required to teach. They have no choice,” she told me.

Mrs. Light did the right thing. She got involved in her child’s education. And when she saw something suspicious, she said something – and contacted me.

“The good news is my daughter doesn’t believe this,” she said. “But my problem is – how many kids do believe?

It should come as no surprise that our public schools have been turned into indoctrination centers for dangerous ideologies. I address this topic in my new book, “The Deplorables Guide to Making America Great Again.” The Islamic faith has been given accommodation in public schools while the Christian faith has been marginalized. And I provide parents with ways to fight back.

I asked Dr. Emir Caner, the president of Truett-McConnell University to examine the lesson and offer his observations as a former Muslim who converted to Christianity.

“Here, Christians are once again blamed for the onset of violence by Muslims in the Holy Land,” Caner told me. “Forget the fact that it was the Muslim community, without provocation, that conquered Jerusalem from the Byzantines just a few years after Mohammed’s death.”

That fact wasn’t mentioned in the assignment.

“Forget the fact that Muslims killed Catholic pilgrims before the first crusade began,” he said.

That fact was mentioned either.

“Forget the fact that it in modern history Muslims attacked the democratic state of Israel after the Jewish people were given the right to govern their land once again,” he added.

Those are what I like to call inconvenient truths, folks.

“Forget the fact that such violence is based on a traditional reading of the Koran,” Caner went on to say. “No, in the simplistic and skewed mind of a liberal educator, it must be Christians that are at fault, regardless of the evidence.”

In other words Christians – if we get blown to smithereens, we have no one to blame but ourselves.