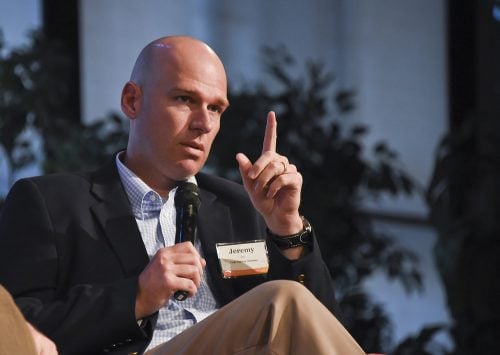 “The open embrace of racism by the Republican party in this election is now unleashing a wave of ugliness unseen in this country for decades,” wrote Penzeys CEO Bill Penzey in an email to customers. “The American people are taking notice.”

Apparently, Mr. Penzey has been sniffing a bit too much Paprika or smoking too much Oregano.

Penzeys operates dozens of retail outlets in 29 states – along with a popular mail order business. And many of their customers were outraged by the insinuation that people who voted for Trump are racist.

That led to another note from Mr. Penzey – apologizing for calling Republicans who voted for someone other than Trump a racist.

“I sensed genuine pain at having the strength of character to not go along with what was happening, but nonetheless be grouped in with those who were,” he wrote.

Bring Christmas Cheer to your family by getting a copy of Todd’s latest book! Click here!

And then he doubled down on his unfounded belief that Americans who voted for Trump are a bunch of deplorables – of the xenophobic, homophobic, racist variety.

“For the rest of you, you just voted for an openly racist candidate for the presidency of the United States of America,” he wrote. “In your defense, most of you did so without thinking of the consequences of your candidate’s racism, because for most of you the heartbreaking destruction racism causes has never been anything you or your loved ones have had to experience.”

Mr. Penzey would have us believe that Wauwatosa, Wisconsin has been overrun by a bunch of bedsheet-wearing, cross-burning Klansmen.

He then went on to issue what sounded to me liked a veiled threat against Trump voter – vowing to “treat you like you are the kind of person who would vote for an openly racist candidate.”

“You just committed the biggest act of racism in American history since Wallace stood in the schoolhouse doorway 53 years ago,” he wrote.

1.       Mr. Penzey has a constitutional right to call his customers a bunch of deplorable racists.

I’ve never met Mr. Penzey, but he may want to consider seeking professional help. His online ranting seems to indicate he may be either tetched in the head or plum slap crazy as we say back in Tennessee.