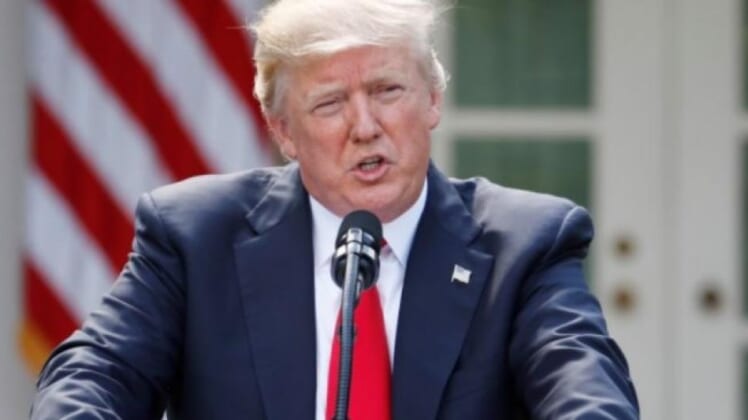 Fox News Radio host Todd Starnes implored his listeners last week to get to the polls in November and prevent Democrats from regaining control of Congress warning them that if they did not do so President Trump will be impeached.

Left-wing pundits have predicted a “blue wave” in the midterm elections this fall, but President Trump has remained optimistic that Republicans will prevail in November, highlighting the victories of several candidates he endorsed in the most recent set of primary elections.

With the embrace of socialism among the Democratic Party becoming more and more prevalent, Starnes urged his listeners to turn out to the polls and elect conservatives who will fight for President Trump’s agenda.

While Starnes said conservatives do a good job of keeping voter turnout consistent in presidential elections, he argued that conservatives have a “bad track record” when it comes to midterm elections, referencing an enthusiasm gap within the Republican Party.

Starnes said pundits who say voters simply don’t have the time to vote in special elections are missing the big picture.

“I believe there is an enthusiasm gap,” he said. “Republicans, Conservatives, we have a bad track record, we have a bad history when it comes to midterm elections. And every now and again we need a swift kick in the backside to remind us what’s at stake here.”

“We’re talking about rock-solid Republican congressional districts and the Republicans are having a hard time holding on to those…those are mighty close races, and they should not be,” he said.

Starnes then went on to remind his listeners what is at stake for the midterm elections in November–adding that midterms have historically turned out badly for the party who holds the White House.

“We’ve gotta break the chain,” he said, referring to President Trump’s commitment to securing the border, unprecedented economic growth, and the implosion of the workforce and the GDP.

Perhaps most importantly, Starnes reminded his listeners of the president’s appointment of originalist judges to the Supreme Court, judges who are unlikely to be confirmed if the GOP loses its slim majority in the Senate.

Starnes painted a bleak picture of what the nation will look like if Democrats win majorities in the House and Senate.

“If that is not enough to compel you to get out and vote in November…to take a few minutes out of your day and vote…maybe this sobering reality will: If the Democrats take control of Congress, President Trump will be impeached.”