STARNES: Why The New York Times Did Not Publish the Headline, “Muslim Man Guns Down 10 White Americans” 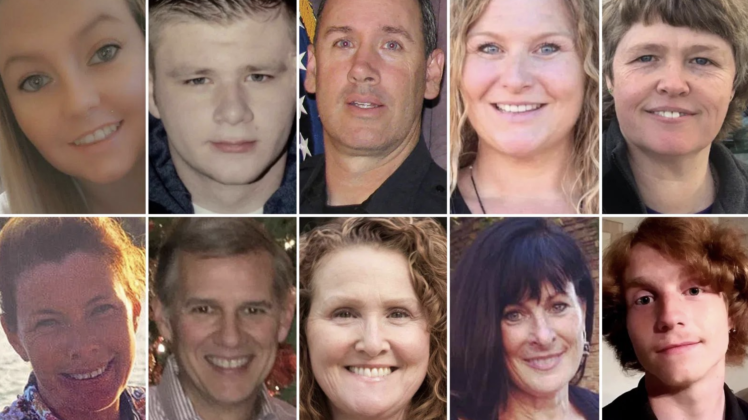 The following is a transcript of Todd’s daily radio commentary.

Today a tale of two shootings.

The first was in Atlanta. A white gunman targeted several spas around the region. Six of the 8 people who lost their lives were Asian American. The gunman told police he was a sex addict and that’s what fueled his rage.

But the media dismissed the gunman’s motive. They said it was a racially motivated attack inspired by his skin color and his Christian faith – a hate crime.

That’s why the two non-Asian American victims were all but ignored by the media. It did not fit their preconceived narrative: if the gunman is white it must be a hate crime.

Photographs of the 10 people killed by suspect Ahmad al-Issa in #Boulder, Colo. I was told a few days ago that the race of victims in shootings matter even if there is no evidence of race playing a role in the attack. pic.twitter.com/fxiG4jGbdM

Now, consider how the media handled the mass shooting at the grocery store in Boulder, Colorado.

Many journalists reported that the gunman was a white man and you have to imagine that some even relished the thought that the victims were targeted because of their race.

But it turned out the gunman is a Muslim man originally from Syria. And when that news came out the media’s coverage took an interesting turn.

Journalists completely ignored the attacker’s skin color and his religion.

Some reporters, still salivating at the hopes of a white supremacy hate crime, said the attacker was a victim of Islamophobia – committed by white supremacists.

As for the victims, all ten were white. A fact the media intentionally left out of their coverage.

And why is that? Where are the political pundits demanding a national conversation about ending anti-white hatred?

The answer is quite simple. It’s because that sort of mass shooting does not fit their definition of a hate crime.

Hate is hate. Murder is murder. No matter the color of one’s skin. And shame on the Mainstream Media and Democrats for saying otherwise.