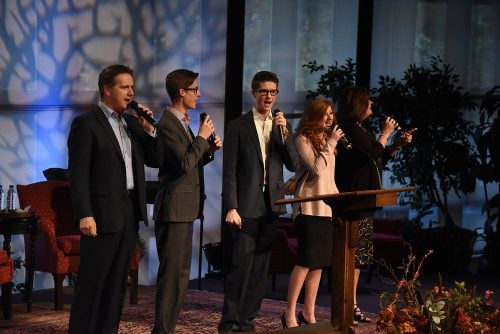 The pastor of a Texas megachurch said he was stunned when a government agent stopped him at a TSA checkpoint so his Bible could be inspected.

Click here to join Todd’s American Dispatch: a must-read for the Conservative Resistance!

The pastor and his wife were on their way to Cancun for vacation when he was stopped Monday in the TSA Pre-Check line for a “bag check.”

Brief aside: Your friendly neighborhood columnist has TSA Pre-check, too – and I can’t tell you how many times I’ve been pulled aside for additional screening. So now we’re literally getting charged to get manhandled by the TSA – although we do get to keep our shoes on.

At first, the pastor was not terribly surprised by the disruption.

“That particular bag was filled with all of my cords – charger cords, computer power cords – in some airports like Heathrow – I always get stopped,” he said.

But what he thought was a routine search through his technology devices, was anything but.

“This very nice young man starts going through and pulling out my computer, iPad, paperback books and then he came to my Bible,” he said.

At that point, the government agent set aside all the tech gadgets and began rifling through the pastor’s Bible.

“I thought it was so strange,” Dr. Lingerfelt told me. “He fanned through the entire Bible and very nicely explained to us that we got stopped because of the Bible.”

Let that thought linger for just a moment – an American pastor on American soil was stopped by a government agent because of a Bible.

Did the TSA suspect the Lingerfelts were smuggling the Good Book through its checkpoint?

“We’ve never had that kind of experience before,” Mrs. Lingerfelt told me. “I was dumbfounded. I stood there and watched as he rifled through the pages.”

“We always travel with our Bibles to read on trips or vacations,” she said. “This was the first time something like this has ever happened.”

Dr. Lingerfelt said he was not sure what the TSA agent was looking for.

“There was nothing in it except book marks and notes,” he said.

The pastor should’ve directed the government agent to the Gospel of John, chapter three and verse sixteen.

After it had been inspected, the TSA returned the pastor’s Bible and he was allowed to continue his journey. For the TSA’s sake, it’s a good thing they did.

“If they had confiscated my Bible, I’d be in jail,” Dr. Lingerfelt said.

Folks, you don’t tug on Superman’s cape and you never take a preacher’s Bible – especially a preacher from Texas.

SPECIAL: TODD’S BOOK IS NOW 50% OFF. CLICK HERE TO GET YOUR COPY!