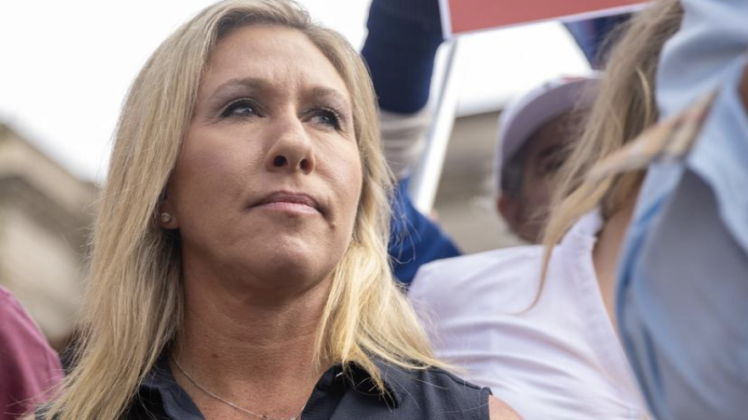 DEVELOPING STORY: Rep. Marjorie Taylor Greene (R-GA) has reportedly been locked out of her Twitter account – just hours before a planned expulsion vote.

Democrats want to punish the female conservative presumably because of her political beliefs. They will need a super majority of votes — which will be all but impossible.

So this is nothing more than a futile attempt to bully and intimidate a female lawmaker.

As for Twitter, it should be no surprise that the Nazi Brown Shirts who regulate the speech of conservatives took such action.

If Big Tech can ban President Trump, they can ban all of us.

Rep. Greene will be a guest on the Todd Starnes Show at 12:35 p.m. eastern today.