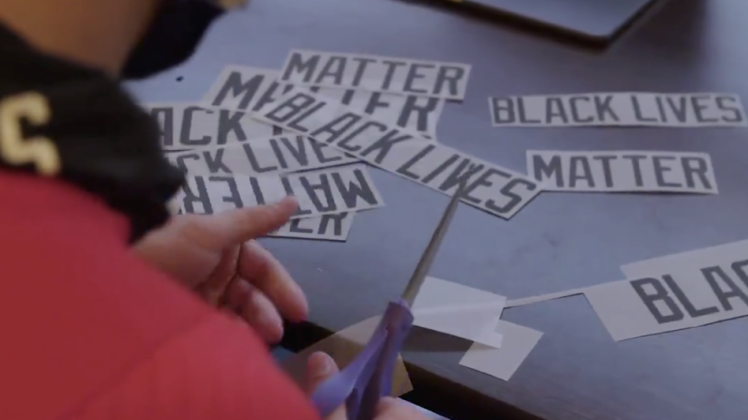 The U.S. Women’s National Team came out in Black Lives Matter jackets to their international match against the Netherlands.

On each jacket, the phrase was emblazoned on the back to affirm “human decency.”

The official account for the team stressed that the move was “not political.” Well, I don’t believe that one bit.

The women’s soccer team hasn’t ever been friendly to the Trump administration. American soccer player Megan Rapinoe said she would “not going to the f–king White House,” back in 2019.

With an arena of increasingly-vocal athletes on political issues, it’s getting harder and harder to watch sports without getting a social justice lesson.

I prefer my sports as a form of escape from all the craziness in the world. Sports is a world where underdogs can be triumphant and there are no political parties. Instead, there’s just teams and conferences. You have your favorite players that you love to cheer on, and you have the ones that you despise.

Thanks to The Left, sports is becoming less and less of an escape.

Maybe I should just go back and watch reruns of old games, back when sports was just sports.