University of Texas: No Cowboy or Indian Costumes 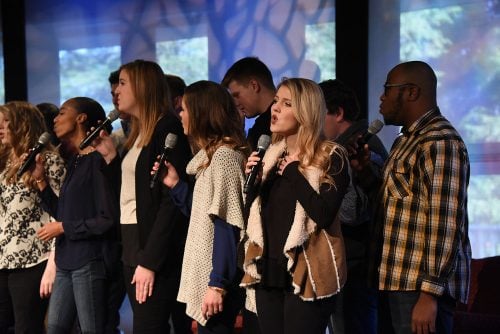 Students at the University of Texas in Austin have been advised not to wear cowboy boots or cowboy hats on Halloween.

Telling a Texan not to wear cowboy boots is like telling Colonel Sanders not to fry chicken.

Fraternities and Sororities were instructed to avoid Halloween party costumes and themes that might “appropriate another culture or experience,” according to The College Fix.

Students were issued a 29-point checklist to ensure they avoid any controversial or offensive trick or treat regalia.

“You don’t have bad intentions, but your social theme or costume idea could have negative impact,” the guide reads. “Themes and costumes may intentionally or unintentionally appropriate another culture or experience.”

The guide urged students to ponder how their costume might be perceived by others and whether they would be proud of a photo of their party was sent to their parents.

Here’s a brief list of the costumes and themes considered harmful by the University of Texas:

·         Cowboys and Indians – anything “Squaw” or any generalized depiction of an indigenous person or peoples;

In other words, no tacos, tee-pees or Daisy Dukes at UT-Austin Halloween parties.

The university also urged party-goers to avoid sensationalizing transgender celebrities such as the “Jenner formerly known as Bruce.”

Schools across the fruited plain have been warning students that Halloween is less about trick-or-treating and more about not triggering micro-aggressions among overly-sensitive and easily offended millennials.

The University of Florida is offering counseling for any student offended by a Wonder Woman or Zombie or Papa Smurf costume.

“Some Halloween costumes reinforce stereotypes of particular races, genders, cultures, or religions,” school administrators wrote in a blog post. “Regardless of intent, these costumes can perpetuate negative stereotypes, causing harm and offense to groups of people.”

Tufts University warned its Greek community wearing offensive costumes could be subjected to a police investigation and “serious disciplinary sanctions.”

“There are consequences for wearing an offensive costume,” read a letter to Greek club presidents.

However, the University of Texas does believe there are some costumes considered appropriate for the academic community.

They suggested kids could dress as superheroes or an athlete or perhaps a letter of the alphabet.