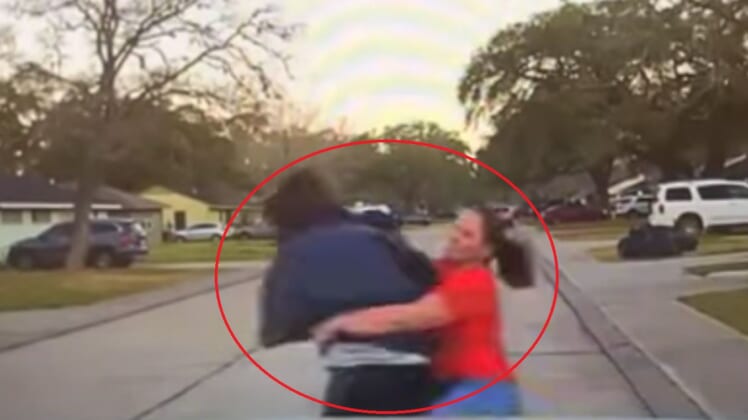 The mom with the perfectly-timed body-slam told Lake Jackson Police she arrived home Sunday, Jan. 31, when she spotted Zane Hawkins, 19, in her yard.

She told KPRC her “first instinct was just to make sure he didn’t go any further,” adding, “my kids are my life and just making sure I protect them.”

After Hawkins took off, she called the police, which led to the viral moment.

When he tried to flee, he ran toward the mom, who was standing in front of the patrol car and immediately sized him up.

Pena joked on Facebook: “The video everyone has been waiting for. My next step is to try out for the NFL.”