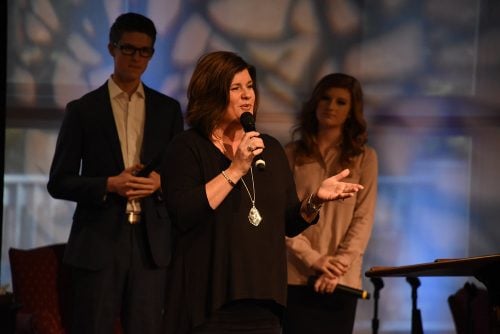 The nation’s most beloved salad dressing is under attack by a bunch of granola-eating, tree-hugging hipsters who forage artisanal beets sold on food trucks.

Consider this recent headline from the pages of The Washington Post: “Ranch dressing is what’s wrong with America.”

Columnist Ben Adler fired off an unhinged diatribe on America’s favorite salad dressing – calling it “milk-rot” and warning that it could destroy Planet Earth.

“It’s disgusting,” the writer declared. “It tastes like exactly what it is, which is milk that’s halfway rotten. Why would anyone want to take something that they would throw out if they unexpectedly smelled it in their fridge and put that on their salad?”

“Defiling pizza by turning its crust into a fake grilled cheese sandwich, or by putting ranch dressing on it, is the culinary equivalent of setting your air conditioner to 62 degrees or driving a Hummer,” he opined.

The writer sounds like one of those pretentious fellows who putters around on a solar-powered Vespa, sipping kale smoothies from a Mason jar while ruminating on the musings of renowned climatologist Al Gore.

“Putting Ranch on salad at least has a rationale: Many people don’t appreciate vegetables and feel compelled to slather everything in processed fat. Fine,” he wrote derisively. “But why would anyone use it on French fries? Because deep-fried food isn’t greasy and caloric enough? And putting it on pizza – a horrifying, common practice – is insane because pizza is already dripping with mozzarella.”

Mr. Adler writes for Grist, an organization that fears a “looming climate apocalypse.” And if I’m reading this correctly, he seems to believe Ranch salad dressing figures prominently in the “End of Days.”

“Our vulgar extravagance is going to destroy the planet and starve the global poor,” he warned. “Unless we moderate our habits, we will run out of resources to feed the Earth’s 7 billion-and-growing population and cause massive climate disruption.”

He’s even got a problem with organic, locally sourced beef.

“But no matter where you raise the beef for your burger, it’s still less healthy and more carbon-intensive than vegetables – and that’s before you put the Ranch dressing on the fries,” he wrote.

I really don’t understand the writer’s hostility towards Ranch salad dressing. Perhaps his mother bought the generic brand instead of Hidden Valley?

I could understand if it was Catalina or Paul Newman’s Poppyseed Dressing. But Hidden Valley?

I believe their salad dressing makes the world a better place. It’s a fine condiment – an American condiment.

Ranch salad dressing can cover a multitude of transgressions – from bean sprouts to vegan egg salad. It makes everything go down easier.

All things considered, maybe I should bring a bottle with me when I vote on Election Day.