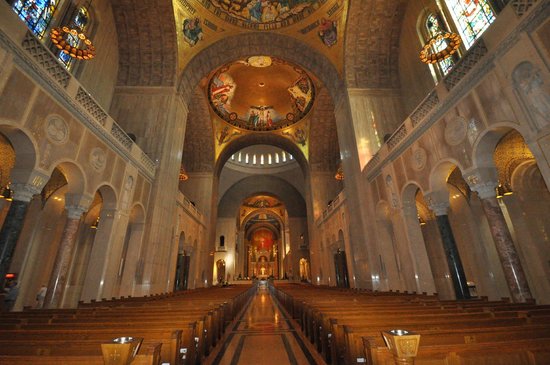 The Native American elder whose interaction with a group of high schoolers from Covington Catholic High School at the annual March for Life attempted to storm his way into a vigil mass at the largest Catholic church in Washington D.C.

Catholic News Agency reported Tuesday afternoon that Nathan Phillips led a group of people beating drums and chanting to the main doors of the Basilica of the National Shrine of the Immaculate Conception in Washington D.C. Saturday evening while a 5:15 vigil mass was going on.

Phillips has been at the center of controversy after he alleged a group of students from Covington Catholic High School wearing Make America Great Again hats harassed him.

The students were widely condemned, but further video of the incident has indicated that it was Phillips who harassed the students, who were also were the recipients of homophobic and racial slurs by a group of Black Israelites.

Quoting a “source close to the shrine’s leadership,” CNA said the group was blocked from entering the shrine by security guards, who “locked the main basilica doors with the congregation still inside.”

A security guard told CNA that the group consisted of “about twenty people.”

A spokesperson for the shrine declined to confirm to CNA that the group attempted to enter the church, but said “a group did assemble Saturday evening outside the shrine,” adding that they “left without incident.”

This will be the MSM headline: Catholics Refuse to Vacate National Shrine to Accommodate Native Americans. https://t.co/T5TsxOB2er

The guard, speaking to CNA, expressed alarm at the fact that the incident occurred while mass was going on, saying “It’s a house of worship, a place of prayer where people come to celebrate. All this anger is so against what we are all about here.”

A rally supporting Phillips had been organized that night outside the shrine, but a report by the Canadian Broadcasting Corporation made no mention of the attempted entry into the church itself.