Will You Be a Secret Santa for a Veteran? 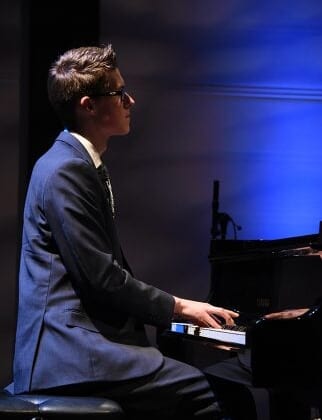 Staff Sgt. D’Augustine was killed in 2012 during his second tour of duty in Afghanistan. He was a brave son of New Jersey who paid the ultimate sacrifice so that others might live free.

“My brother would have really loved this,” Nicole said.

Secret Santa for Vets is a great way for families across the fruited plain to show their love and appreciation for the men and women who defend our freedom.

“None of these military veterans know they are receiving gifts,” she said. “They have no idea until the doorbell rings.”

Here’s how it works:

If there’s a veteran in your church or neighborhood – you can secretly nominate that individual for the program by clicking here. Donors then receive that information and go shopping for the veteran.

“We are trying to re-create the concept of the care package,” Nicole said. “A lot of veterans when they come back home they feel forgotten – so we wanted to do something about that.”

Last year, they were able to send out 90 packages to veterans. This year, they’ve sent out almost 200 packages.

“People like it because it’s personal. It’s not just writing a check. You know the name of the person you are shopping for. You know what they like, what kind of restaurants they enjoy going to.”

One of last year’s recipients was a veteran with two children. His wife had recently passed away. The veteran’s Secret Santa gave him tickets to a San Diego Chargers game and gave the children tickets to see Disney on Ice.

Another military family was struggling financially after the premature birth of their second child. Both mom and dad were veterans.

“We literally were Santa for their family,” Nicole told me. “We sent them clothes for the baby, toys, a gift card to Walmart, diapers.”

Folks, this is an absolutely amazing Christmas project and it’s one that we need to support. We need Secret Santa’s willing to lend a helping hand and spread Christmas cheer across the fruited plain. Click here to get more information.