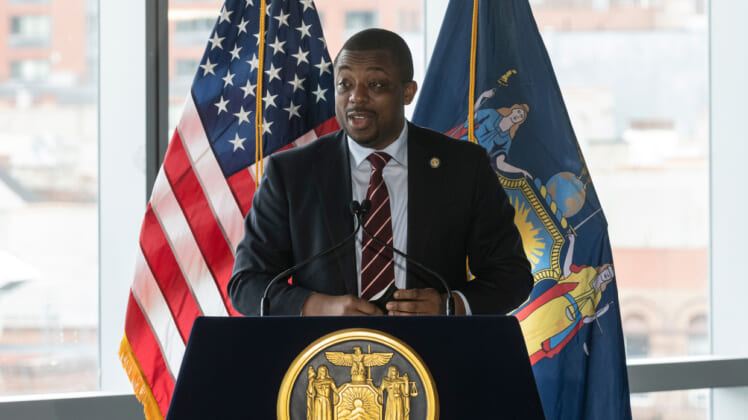 Benjamin was indicted for alleged bribery and other offenses as part of a “scheme” to get campaign contributions in exchange for a $50,000 state grant, according to federal prosecutors, Fox News reports.

Benjamin reportedly failed to notify Gov. Kathy Hochul of a subpoena he received from the district attorney in relation to his aide, Gerry Migdol, when he was a state senator, WSKG reports.

Migdol allegedly solicited fake campaign donations so Benjamin, who was running for New York City comptroller at the time, could boast higher fundraising numbers to get public matching funds.

“The State Police did a thorough investigation, I participated in that,” he said. “I followed the process as it was supposed to be followed.”

Hochul expressed her support for Benjamin amid the investigation.

“I have utmost confidence in my lieutenant governor,” Hochul told reporters. “He is my running mate.”