Army Chaplain Under Investigation Over Opposition to Transgender Troops 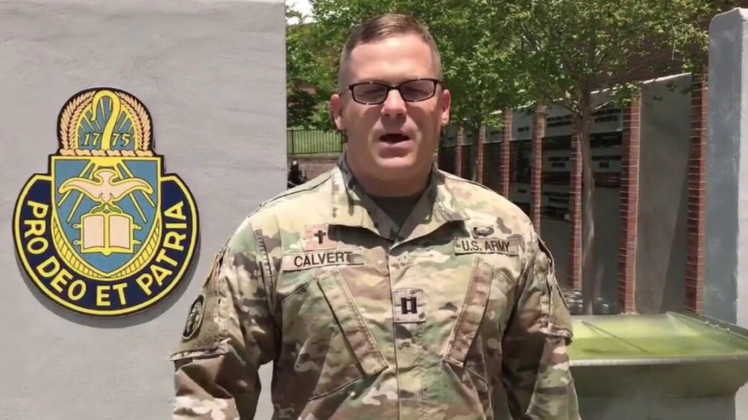 A chaplain is under investigation for a Facebook post saying transgender troops are “mentally unfit” and “unqualified to serve” days after President Biden overturned the Trump administration’s policy.

“How is rejecting reality (biology) not evidence that a person is mentally unfit (ill), and thus making that person unqualified to serve?” Calvert asked.

So Andrew Calvert is a chaplain on active duty in the @3rdSFAB and he equates trans troops to flat-earthers.

He cannot be trusted to support soldiers for another minute @SecArmy #TransBanRepeal pic.twitter.com/OwDqKFPerf

He continued: “There is little difference in this than over those who believe and argue for a ‘flat earth,’ despite the overwhelming evidence to the contrary. The motivation is different, but the argument is the same.

The Security Force Assistant Command released a statement saying it was investigating Calvert and “fully supports the Commander in Chief, Secretary of Defense and all DoD policies. The United States Army has a strict standard against any form of discrimination based on gender identity.”

“The Biden-Harris Pentagon is more interested in defending the LGBT agenda than defending America,” said nationally-syndicated talk show host Todd Starnes. “Christians better buckle up. A purging of Christians in the military is about to commence.”

Starnes slammed the new administration for taking the country back to a politically correct military.”During the Obama Administration the military was turned into a social engineering petri dish,” Starnes said. “Soldiers were instructed to conform to the LGBTQIA agenda.”

Starnes concluded: “President Trump put a stop to the radical sex and gender revolutionaries, but it appears they are back with a vengeance.”