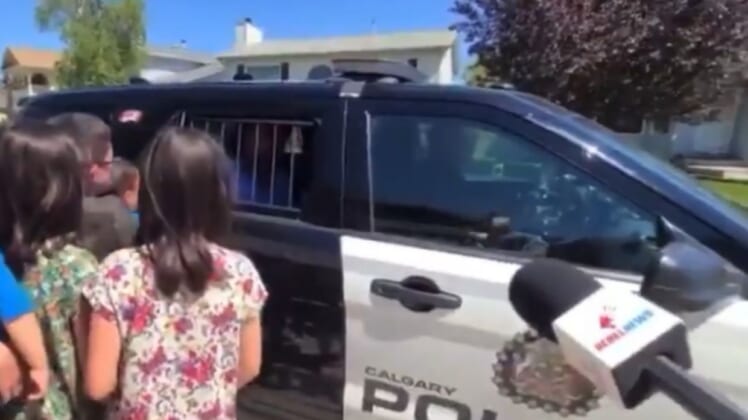 A Baptist minister in Calgary was arrested on new charges Monday afternoon as his children can be seen on video hysterically crying.

Tim Stephens, the pastor of Fairview Baptist Church, was arrested for violating COVID orders in Canada after the congregation gathered for underground worship for the second week in a row.

“He was arrested for hosting an illegal outdoor gathering that did not comply with current restrictions,” police told CBC News.

“Let Us Worship” founder Sean Feucht reacted to the disturbing video saying it “shows how crazy communist Canada has become.”

Feucht, the leader of Hold The Line, added: “The scariest part is how apathetic we’ve become to this sort of thing in 2021.”

CBC News reports that Stephens was arrested last month for similar violations but because the injunction was improperly served, charges were dropped. Canadian authorities effectively seized the church.

“We will challenge his arrest and defend against the new ‘health’ charge,” Jay Cameron, a lawyer with the Justice Centre for Constitutional Freedoms, told CBC News.