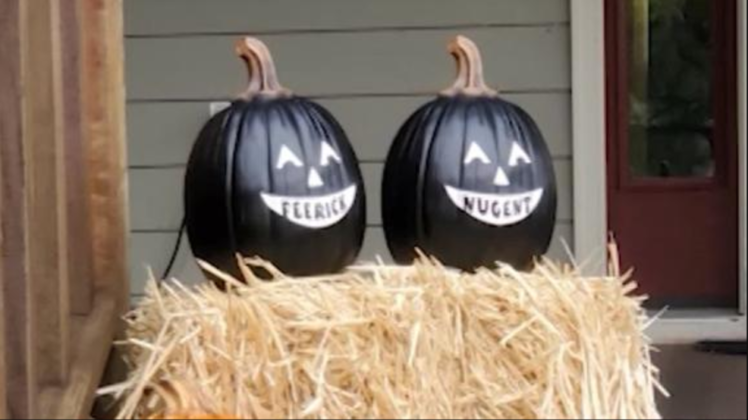 Brace yourself for an honest-to-goodness American horror story, folks.

Bed Bath & Beyond was forced to remove black jack-o-lanterns from its online store after they received complaints that the pumpkins were in blackface.

No, it’s not April Fool’s, folks. It’s just another day in “woke” America.

The controversy erupted after a law firm used the Bed Bath & Beyond pumpkins in a festive display outside their offices in Nyack, New York.

“We understand that someone complained about them, and so once we got word of that we immediately took them down,” a spokesperson for Feerick, Hugent, MacCart told television station WSET. “We represent people of all colors and faiths, and we would never do anything to exclude anyone from any community.”

Bed Bath & Beyond responded by removing the decorations from the company’s website.

“This is a sensitive area and, though unintentional, we apologize for any offense caused. We immediately removed the item from sale. The item was only available online,” a spokesperson told Yahoo Lifestyle.

Let’s play around with that flawed explanation for a moment.

Many boys and girls will go trick-or-treating dressed like ghosts with costumes cobbled together by bed sheets purchased from Bed Bath & Beyond.

What if someone complained that ghost costumes made from white bed sheets are offensive because the Ku Klux Klan parades around wearing bed sheets, too? Would Bed Bath & Beyond have to stop selling white bed linens?

And what about the decorative blackboards they sell? Do we really want a generation of children to grow up thinking it’s appropriate to use white chalk to write messages on a black board?

There’s no end to the woke-ness, folks.