A Catholic Millennial Reflects on the Life of Billy Graham 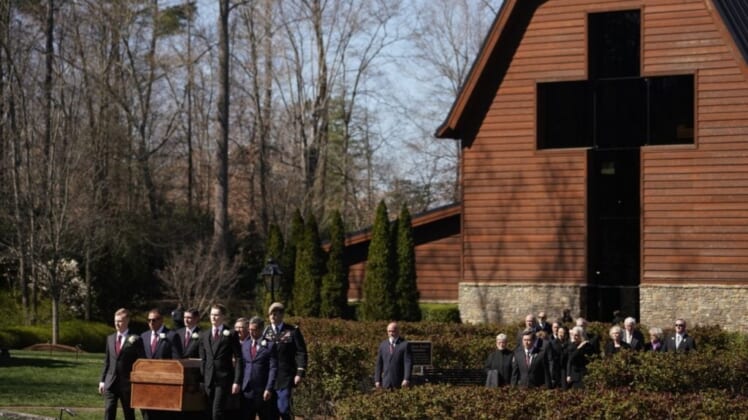 By the time I was born, the Reverend Billy Graham was nearing the end of a career that spanned half a century and touched the lives of millions of people across the world by his simple message of God’s love.

I never heard one of his famous sermons, or saw the crowds that would flock to hear him preach. In fact, the first time I ever heard about him, was after learning about Olympic runner Louie Zamperini.

I discovered that perhaps no one religious leader in the 20th century other than Pope John Paul II, had such a profound impact on the spiritual lives of as many people as the Rev. Graham. And no American religious leader was able to transcend politics in the way that Graham did with his strong relationships with every president in the last 50 years.

I’m a Roman Catholic, born and raised, and as a result, the impact that Graham had in the lives of those close to me was minimal at best. It’s safe to say that on the theological interpretation of the Bible that I was raised on, is much different than that of Graham’s.

But the simple message of the great reverend, transcends the nuances of Church teaching, and is fundamentally a part of what it means to be a Christian. God loves you and wants you to love Him. This is the very essence of Christianity, and it is what Rev. Graham preached to the masses for the entirety of the second half of the 20th century, and into the new millennium.

In an age where the world increasingly continues to leave behind their belief in God, and continues to secularize every aspect of society, it is important to recognize the incredible mission that Rev. Graham was able to accomplish.

While it is undeniable that in the last 50 years the world and America have become secularized to a point not seen in the history of humanity, Graham was able to reach the hearts of millions of people and connect them with the only person who could truly make them happy.

Today we live in a world that has rejected everything that Graham taught and preached. Since the turn of the millennium, the number of people who identify with a religion has declined drastically. The idea that people are willing to have a relationship with God is no longer accepted in the world as it was when Graham traveled the world with his message of love.

This decline in faith has coincided with a new false idol that has taken the place of God in the world and in the lives of millions: self-worship.

Today’s society has become so “me” centered that there is no longer any room in a person’s heart for a relationship with God. Nor is there even a willingness to consider it.

This may seem like a blanket and generalized statement, but look around the world today. The most important thing to people nowadays is staying up to date on the most recent technology and the most recent trends in fashion and media.

In our incredibly connected world, connecting with God has taken a back seat, and the values of our society have suffered for it.

Love is selfless and sacrificial, at its core it is desiring and working for the good of another. Graham knew this, and he exemplified it. Our society has lost it and needs it back.

Rest in peace, Rev. Graham. The world needs to hear your message of faith now more than ever.

“May the angels lead you into paradise, may the martyrs receive you at their coming, and lead you to the holy city Jerusalem.”